Corfu, or Kérkyra in Greek, is the Greek island closest to the Italian coasts. According to classical mythology, its name is due to the nymph Corfu, loved by Zeus. From their union, Phaiakas was born, which is why Corfu is also known as the island of the Faiakes, or rather the Feacis. Homer, in his Odyssey, tells that, still in Corfu, Ulysses fell in love with Nausicaa, who took care of him in his palace and gave him the ship to return to Ithaca.

Located in the Ionian Sea, just under two hours away from Puglia, the island of Corfu is very different from the classic Greek islands, due to its urban landscape, but also for its unique blend of sea beauty, historical heritage cultural and natural

The city of Corfu, especially in its old part, is perhaps one of the most fascinating jewels of modern Greece; an example of ancient Byzantine and Venetian art that will fascinate you with its alternating narrow streets and wide panoramic views.

Embraced by the sea in the middle of the eastern coast of the island, the old city is bounded by its two ancient fortresses that completely surround it with its historic walls. The island of Corfu, due to its strategic position in the Mediterranean, has always attracted over the centuries the interest of numerous conquerors who have not failed to leave traces of their passage both in the urban layout and in the architectural footprint of the city of Corfu.

To enchant the tourist is not so much the buildings themselves, but rather their whole and the atmosphere that they are able to create especially after sunset. 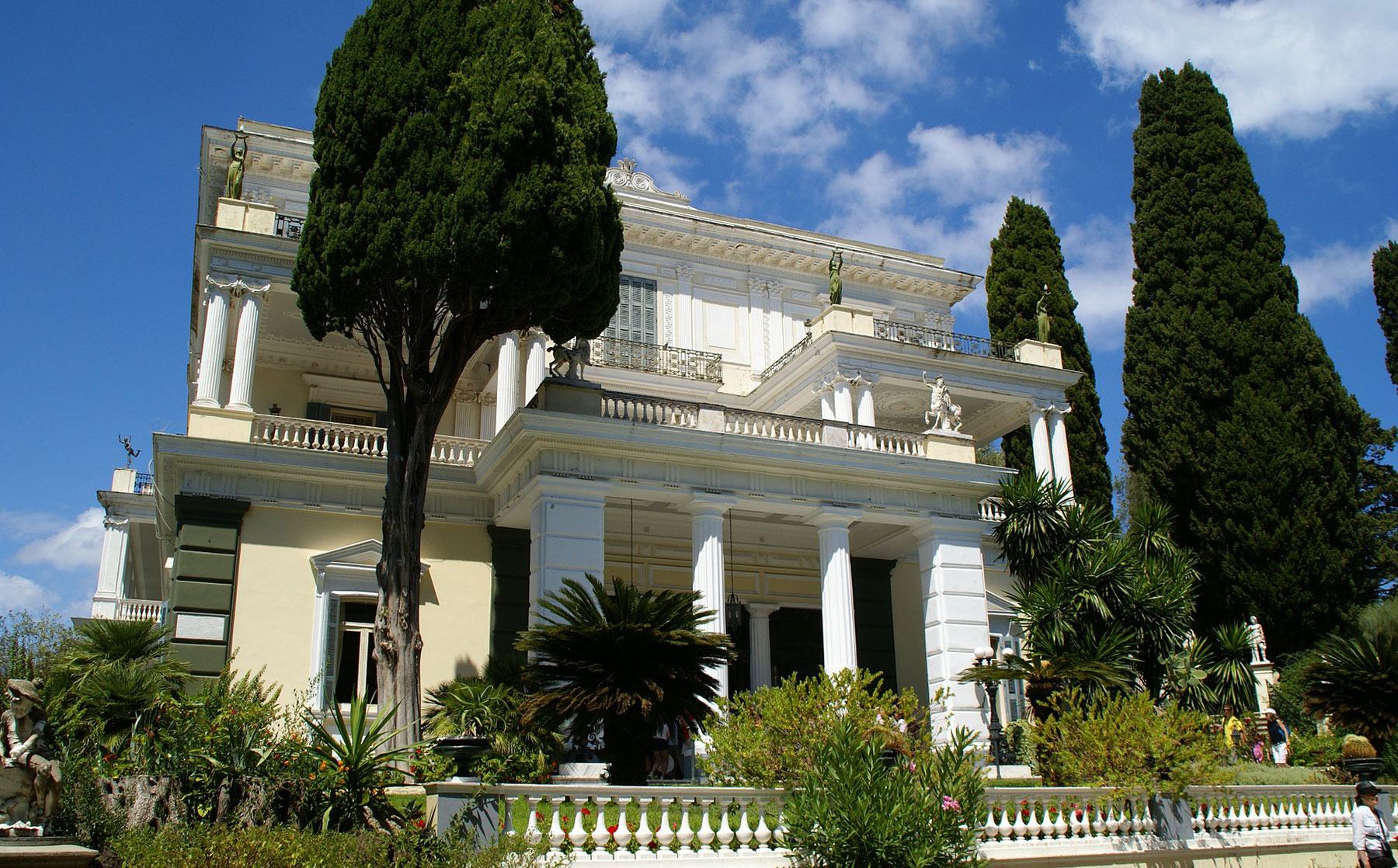 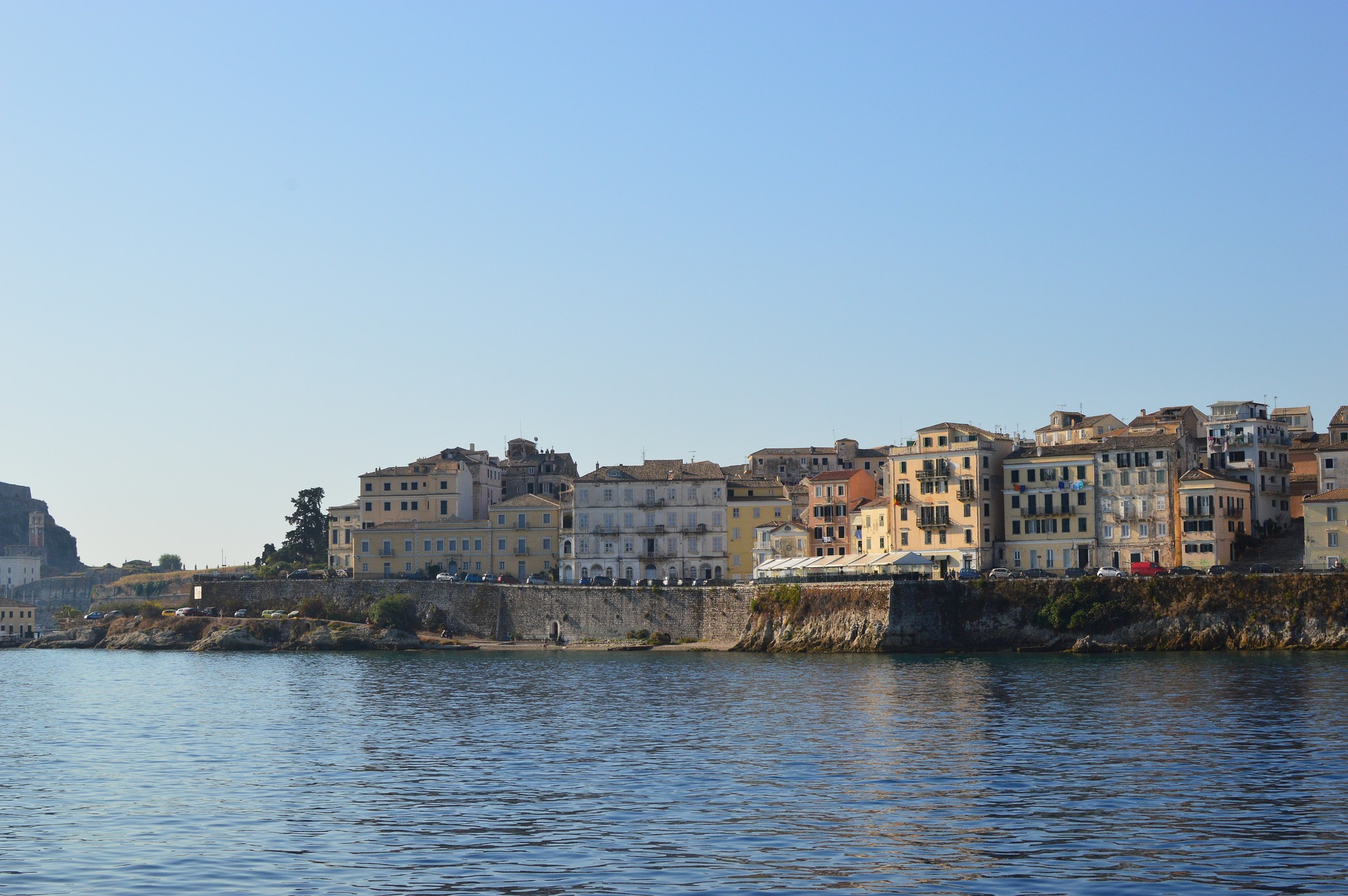 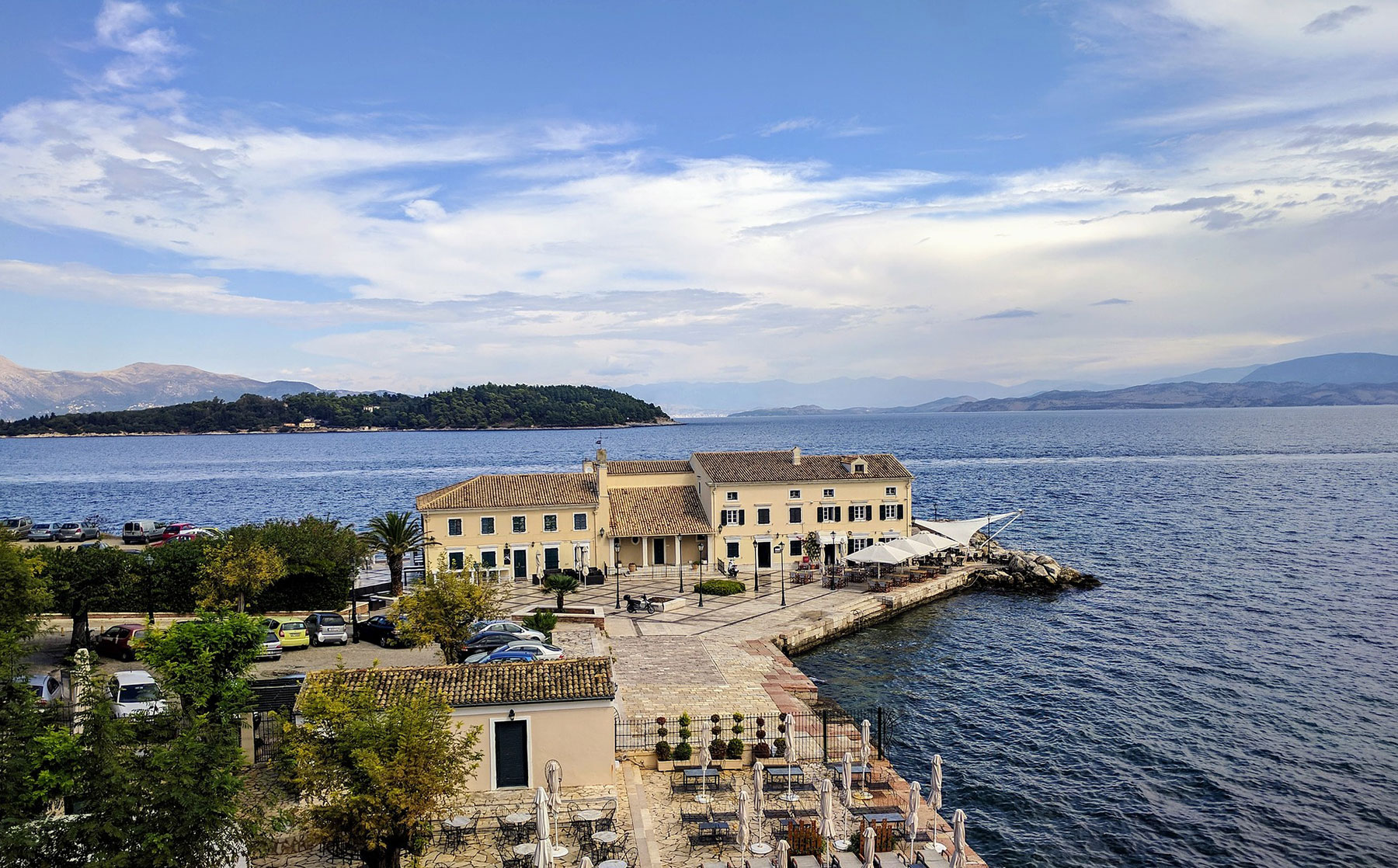 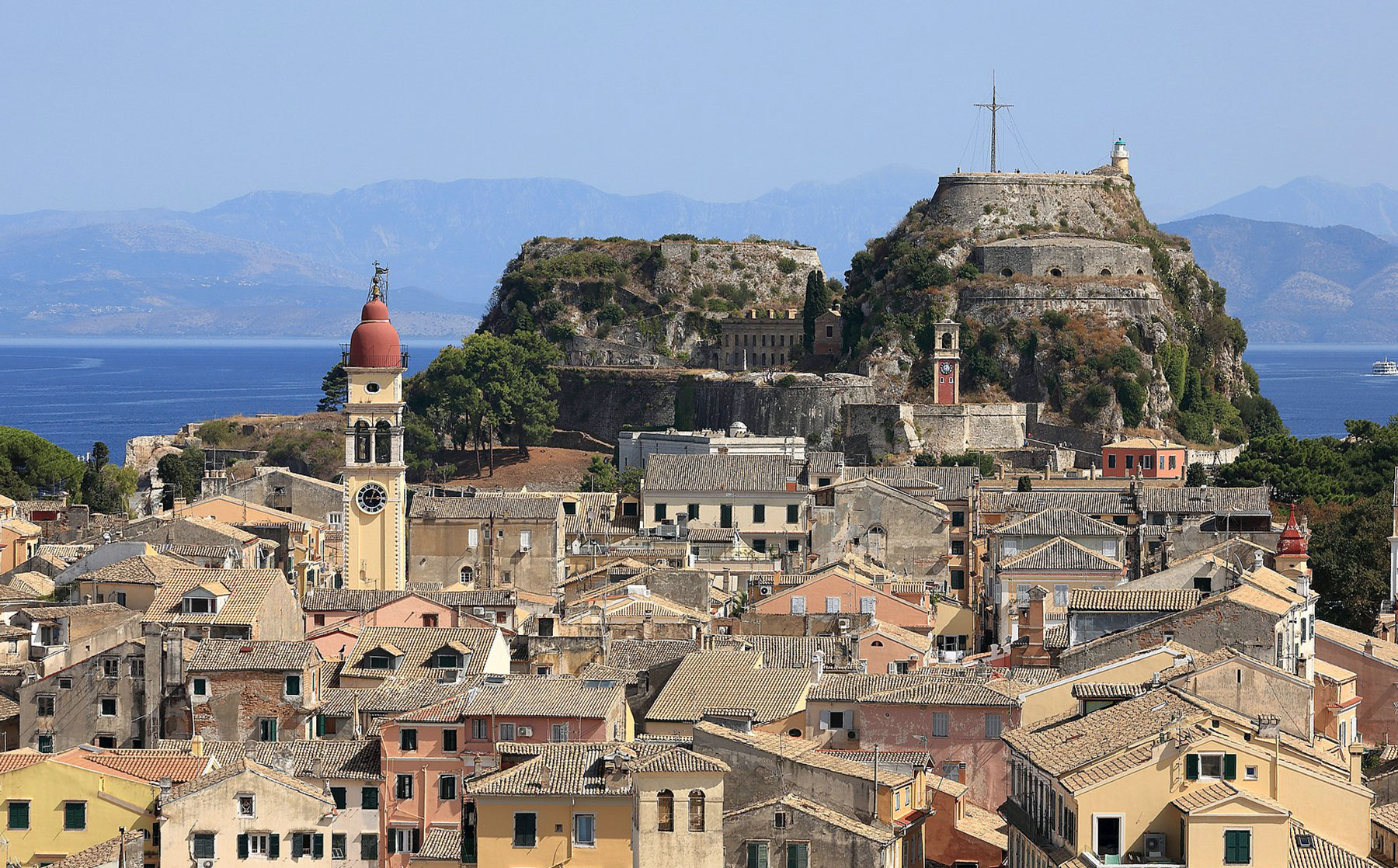 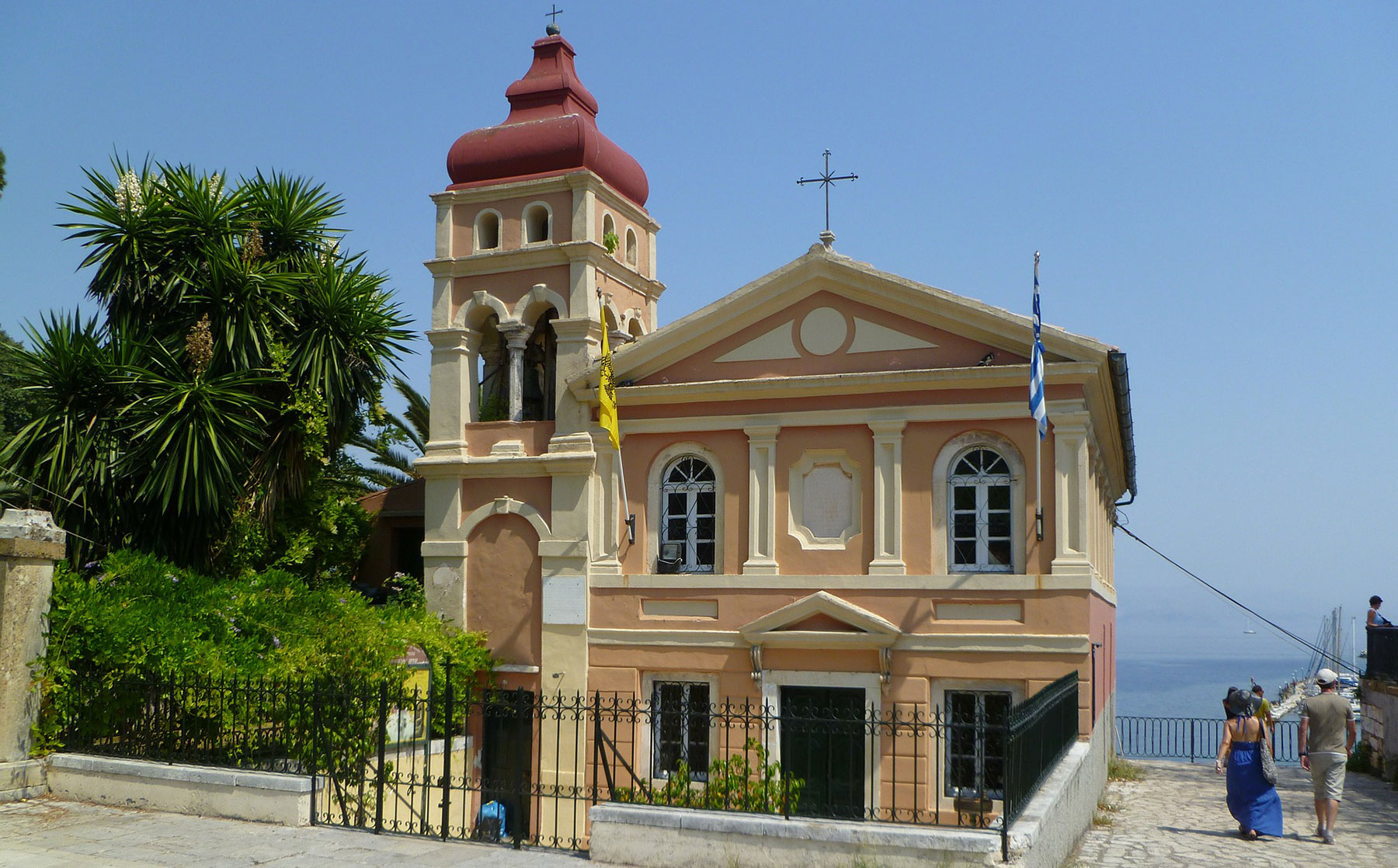 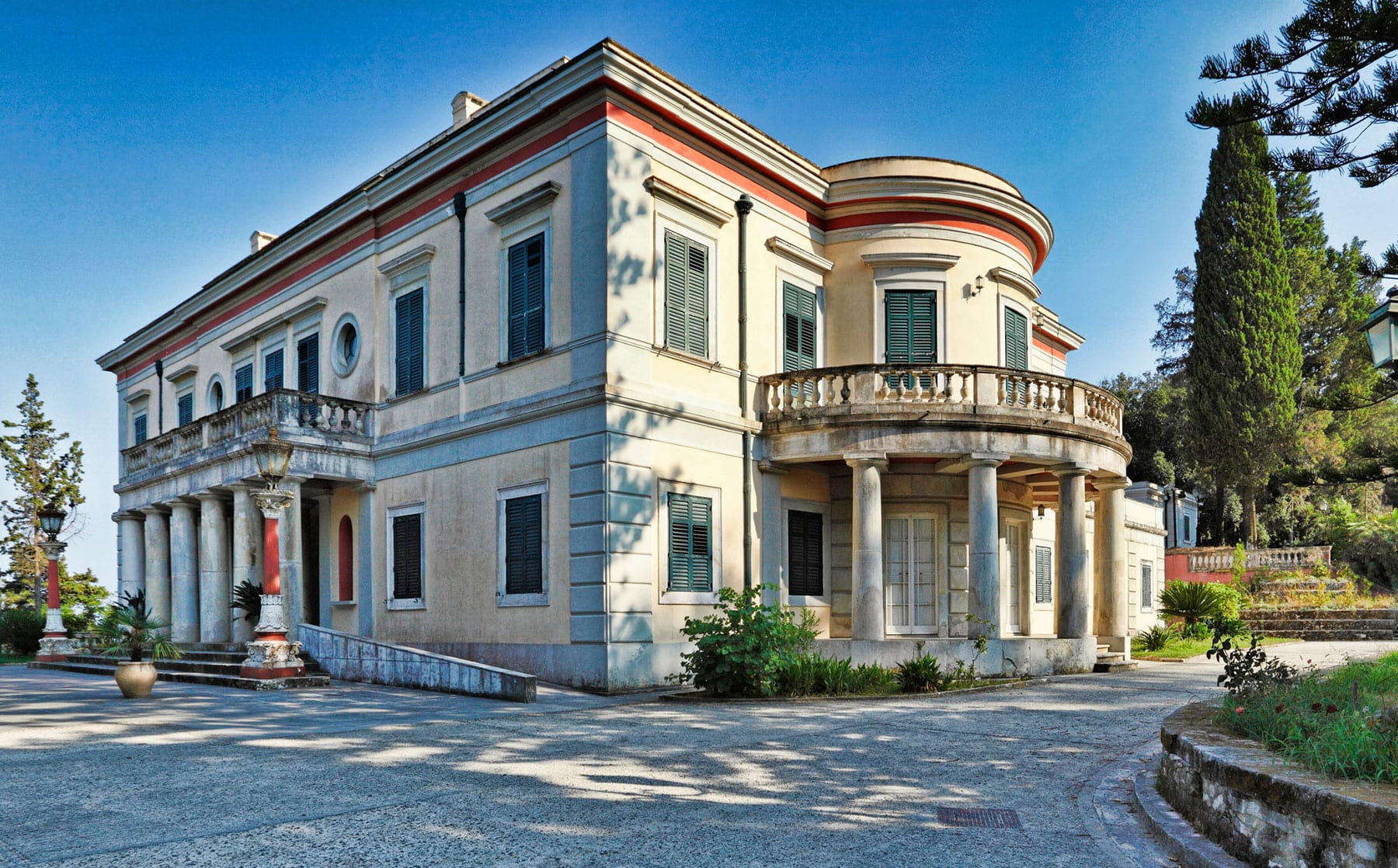 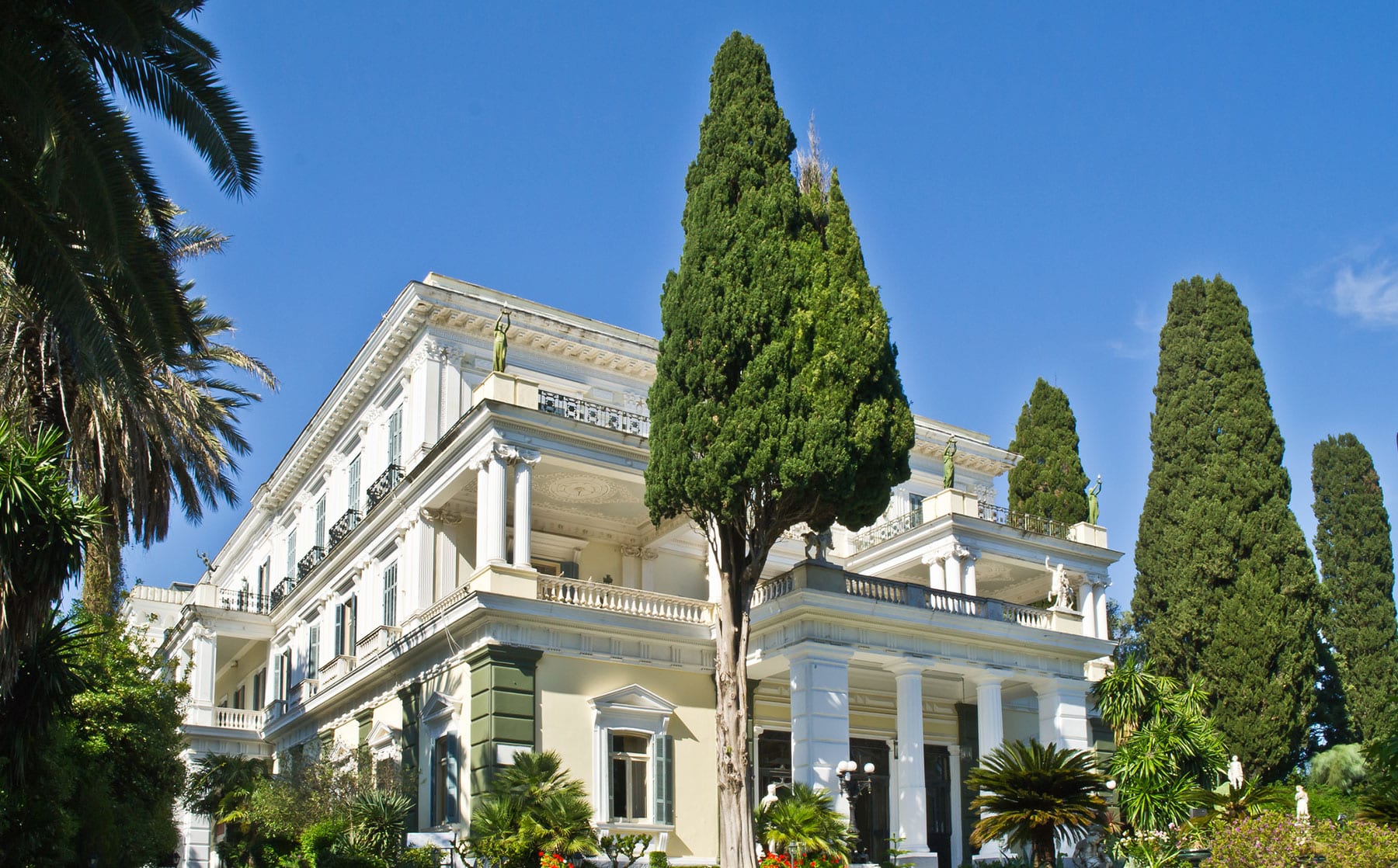 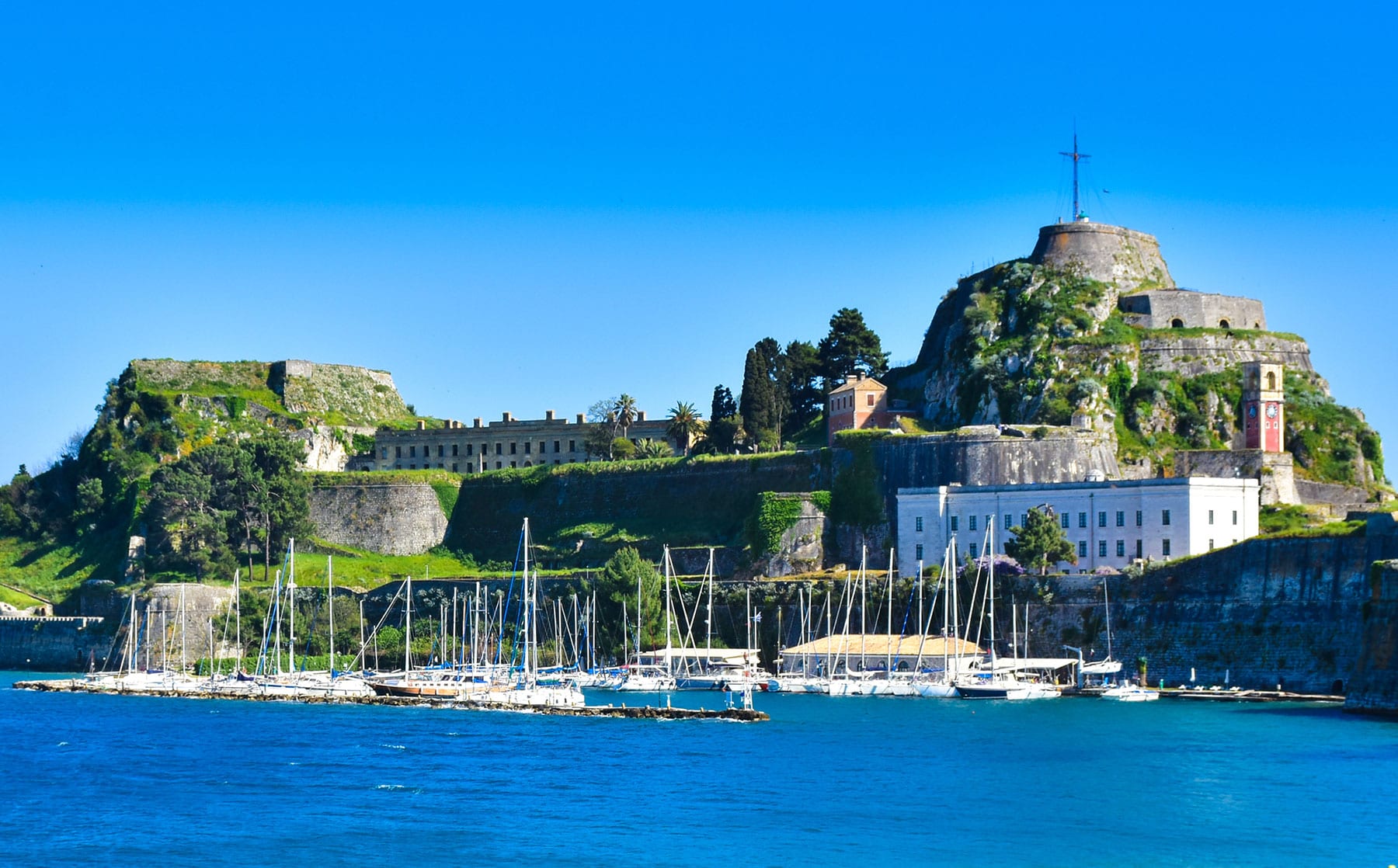 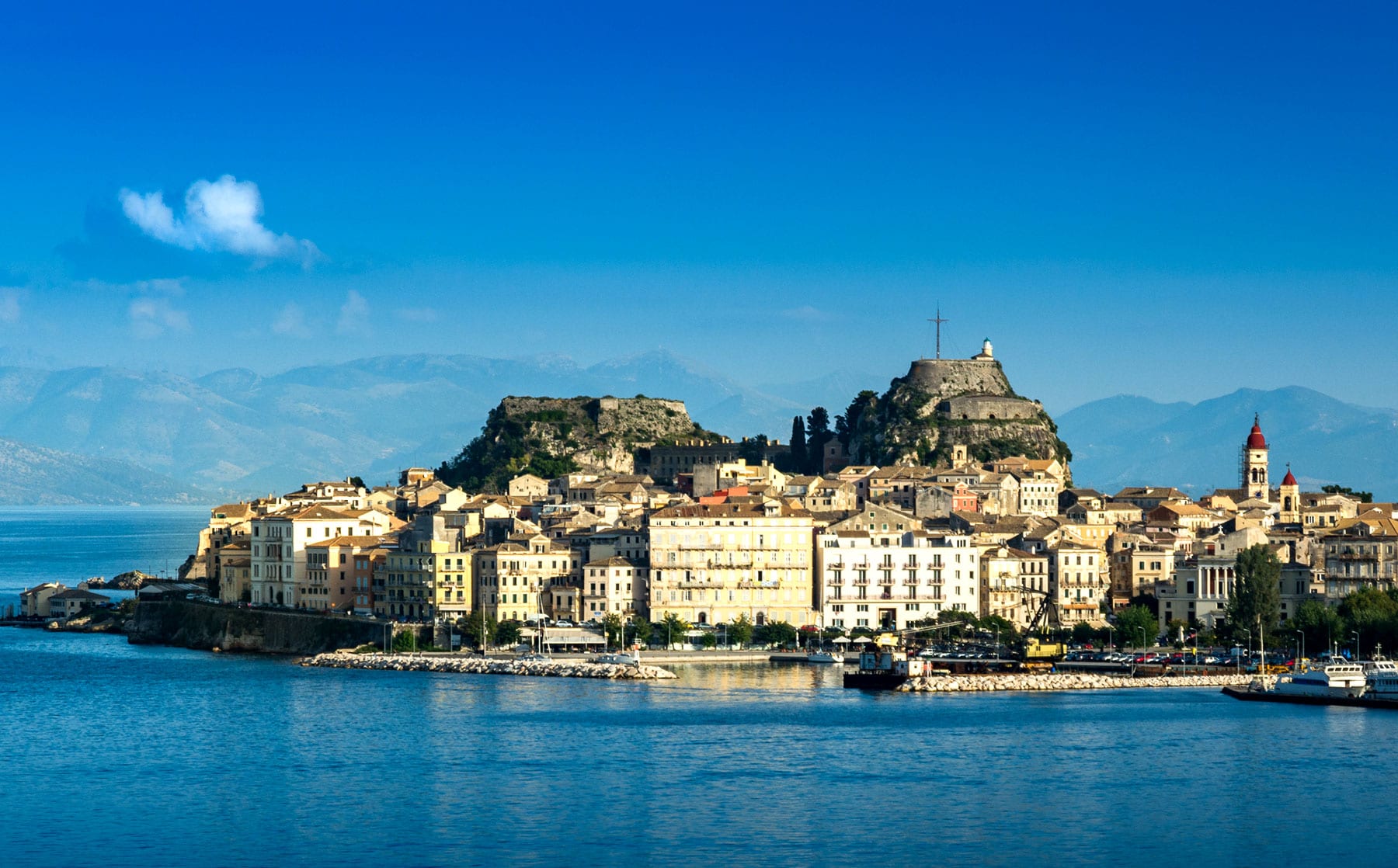 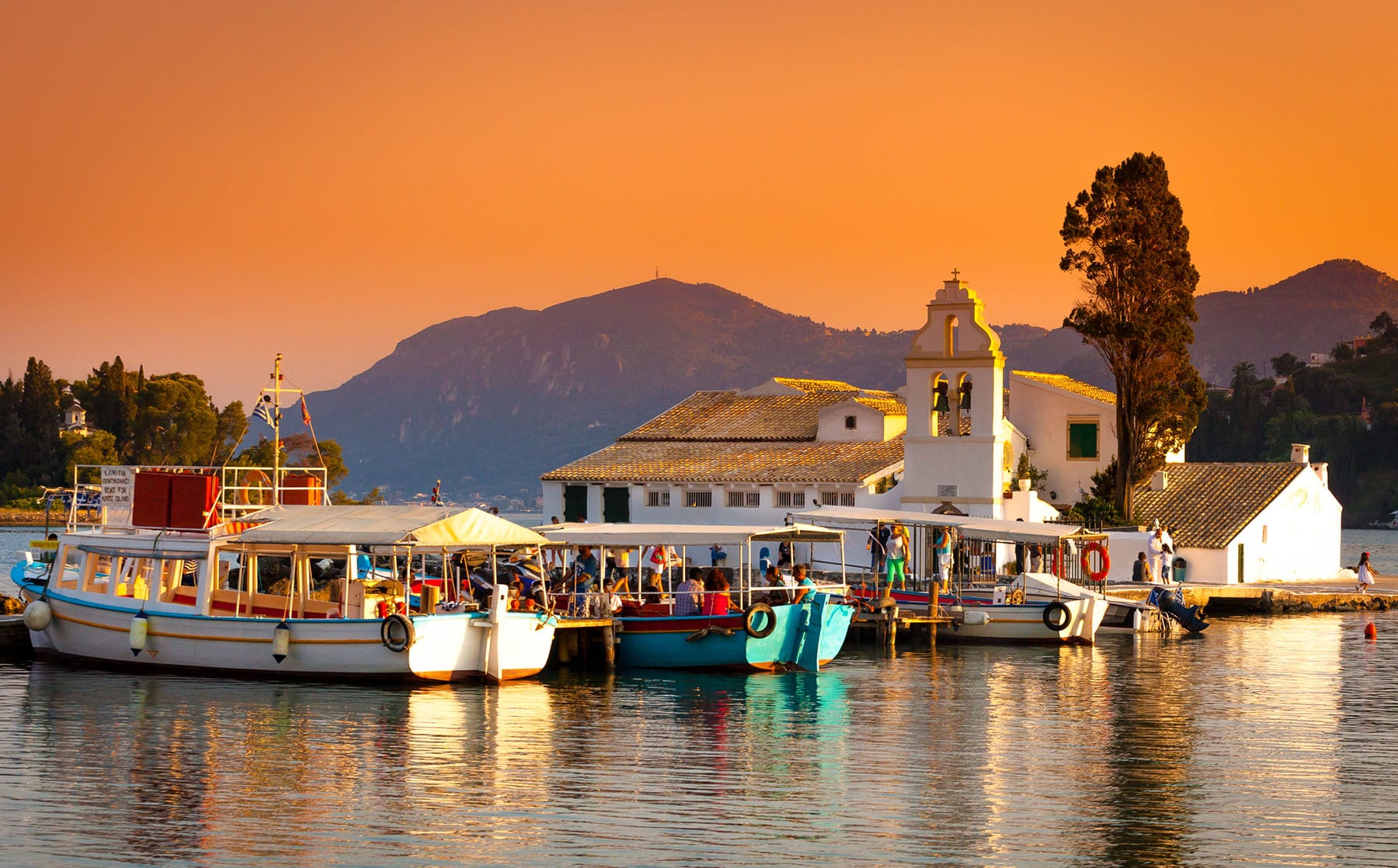 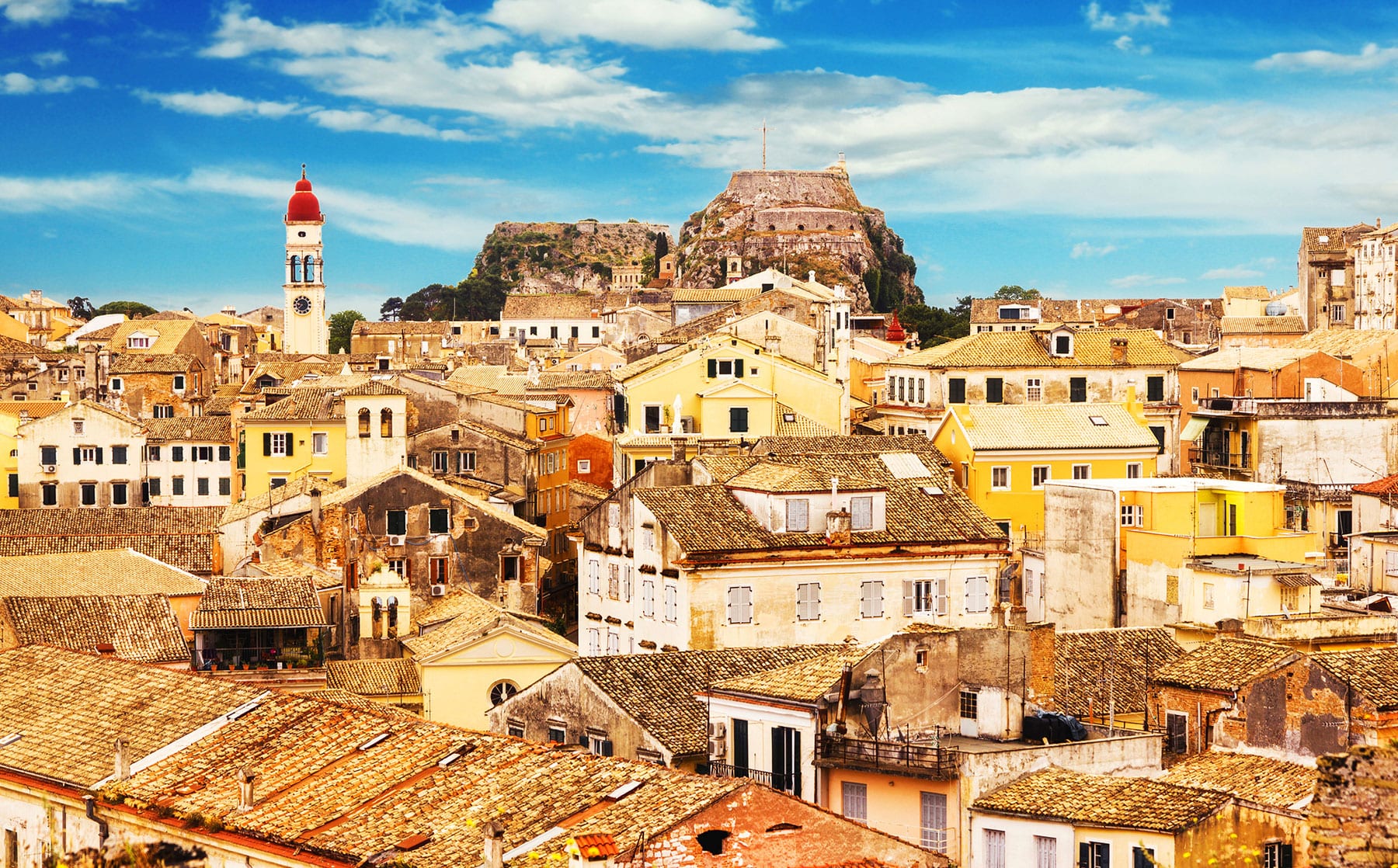 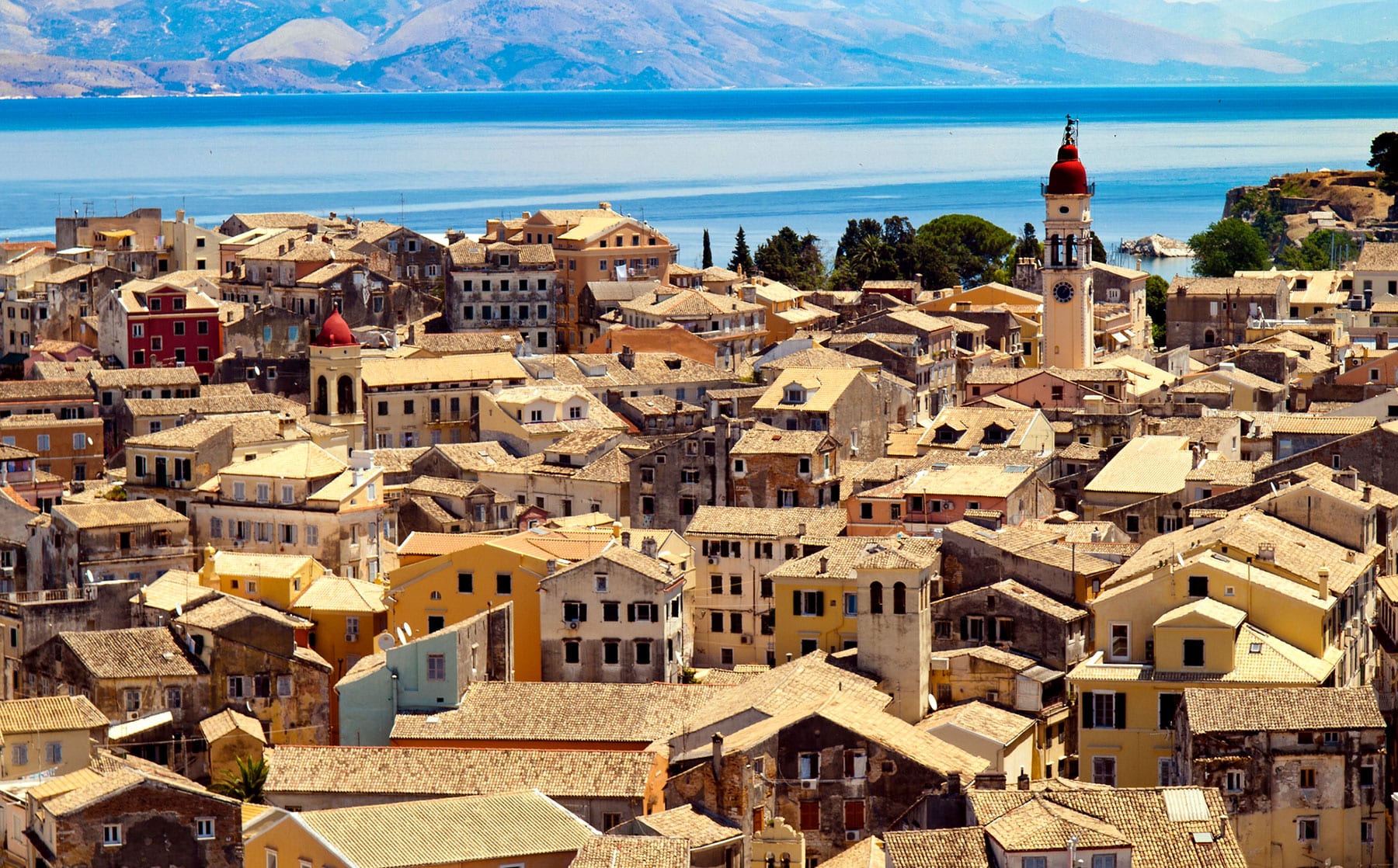 In the heart of the city of Corfu, overlooking the Spianáda, a huge square characterized by beautiful gardens, fountains and paths leading to the seafront, once used by the Venetian army as a parade ground and by the British as a cricket ground, a walk on the ramparts of the Old Fortress, a fortified citadel situated on a rocky promontory overlooking the sea; the New Fortress, built by the Venetians in the sixteenth century, as a symbol of the Lion of St. Mark on its gateway.

About 10 km from the old town of Corfu, in a hillside location, is the Achilleion Palace, better known as the Sissi palace, as it is the beautiful building that was built by Empress Elisabeth of Austria.

The Monastery of Vlachérna is the true symbol of the island of Corfu and the most photographed attraction, especially at sunset, when you can capture truly spectacular colors and nuances. This beautiful white church, characterized by the typical bell tower of the Orthodox places of worship, is located on the Kanoni peninsula, about 4 km from the old town of Corfu.

Another interesting view of the island of Corfu is the fortress of Angelokastro, located on the northwestern coast. It is a fortress built in the 13th century by Michael II of Epirus and represents, to date, one of the most important Byzantine castles in Greece.

Finally Paleokastritsa is one of the most enchanting places on the island of Corfu, where uncontaminated nature and crystal clear waters merge giving life to what the Corfiots themselves call “the most beautiful place in the world”.