Rome, the capital of Italy, is considered one of the most beautiful cities in the world. Legend has it that Rome was founded in 753 AC. two brothers, Romulus and Remus, suckled by the famous Lupa, which has become the iconographic symbol of the capital, along with one of its most important monuments: the Colosseum. But it is the story that made Rome great: first center of the Roman Republic, then fulcrum of the political and cultural life of the Empire, and, in the 4th century, capital of the Christian world. Rome, “cradle of civilization”, “Roma caput mundi”, or simply Rome, a city of a thousand faces. Rome is the political capital of Italy, but also the center of Christianity and hosts the Vatican city state within its territory. Seat of the papacy, its present structure is the result of numerous urban and architectural interventions that have stratified throughout the millennia. Imperial Rome is certainly the best known. The glories of antiquity are revived throughout the capital: from the Colosseum to the Imperial Forums, the Domus Aurea, the Pantheon and the Circus Maximus.

At the end of the 15th century the great Florentine Renaissance moved to Rome, when the Popes became important patrons and called the greatest artists of the time to embellish it. The city looks like a big building site: the churches proliferate like S. Pietro in Montorio with the temple of Bramante, or Santa Maria della Pace, with frescoes by Raphael, others are restored and decorated, like Santa Maria, where Pinturicchio and Donatello work. Princely palaces are built and adorned, including Palazzo Farnese, Palazzo della Cancelleria, Villa Farnesina, and some of the most important squares are built, such as that of the Campidoglio, the work of Michelangelo.

The 17th century is Baroque Rome, dominated by architects like Bernini and Borromini. It is the Rome of the Palazzo del Quirinale, the current residence of the President of the Republic, of Piazza Navona, with the Fountain of the Rivers. The undisputed protagonist of this period is the genius of Caravaggio who pays tribute to the capital with various works.

Examples of Baroque and Neoclassicism are Piazza del Popolo and the Monument to Vittorio Emanuele II (known as Vittoriano). 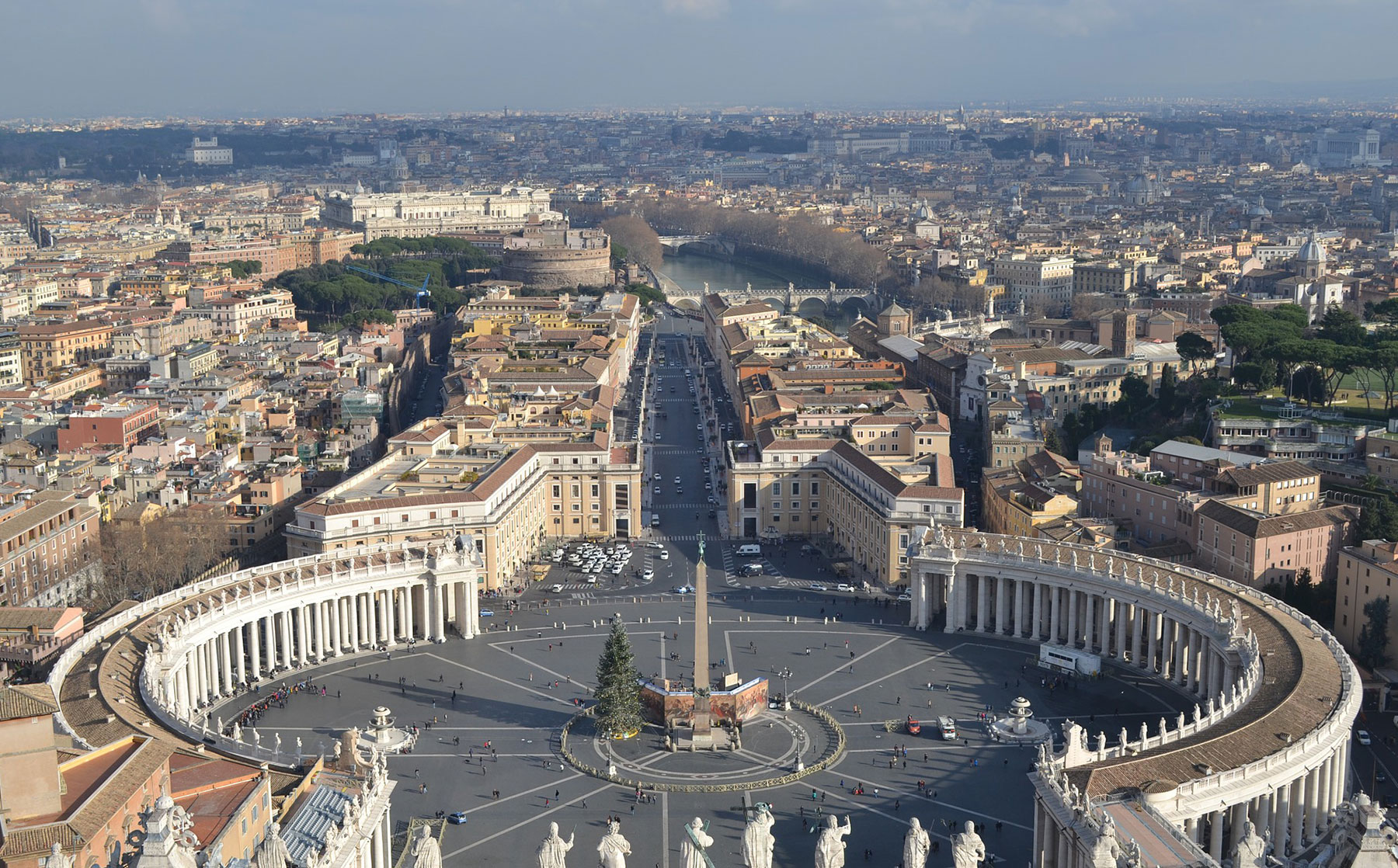 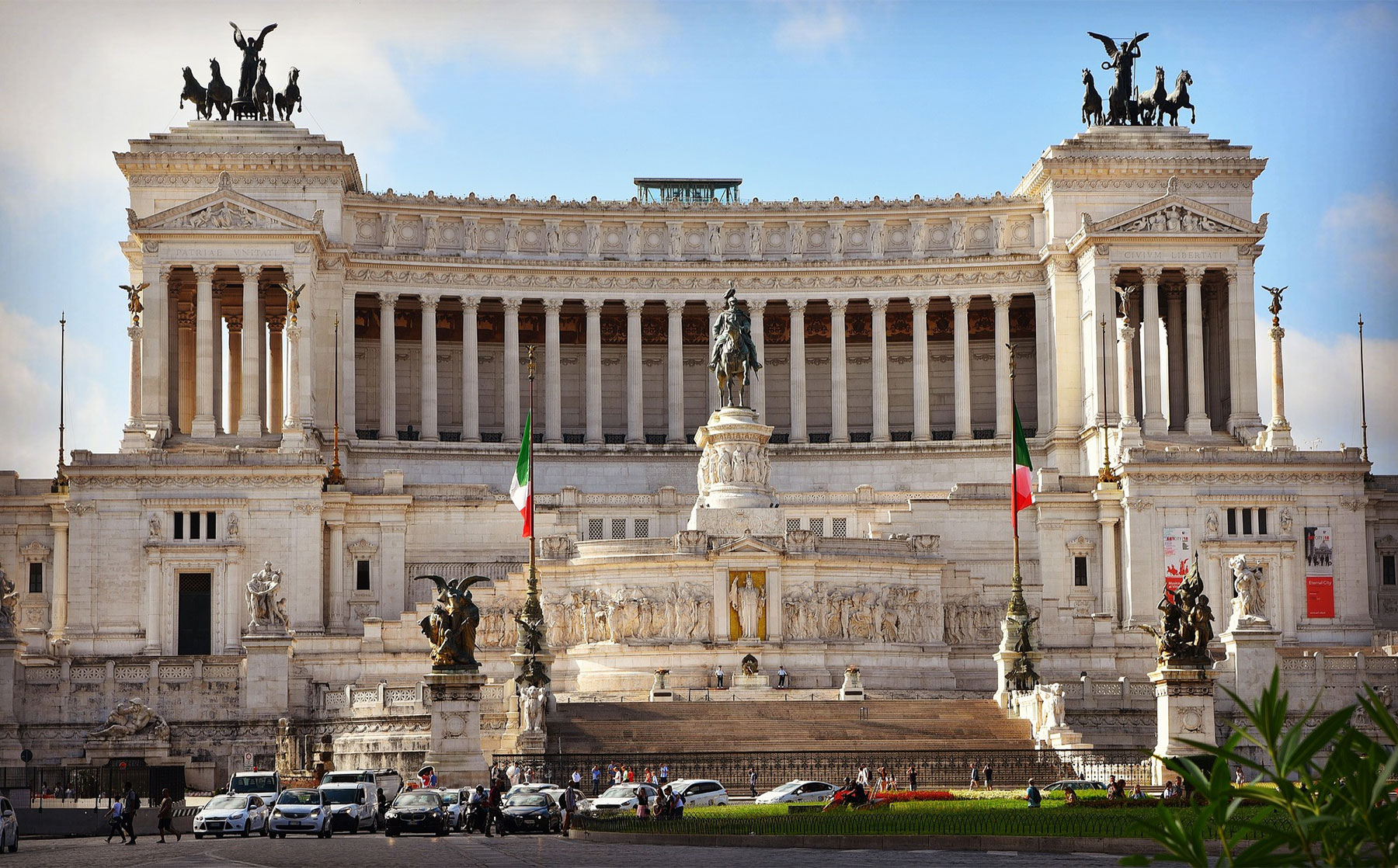 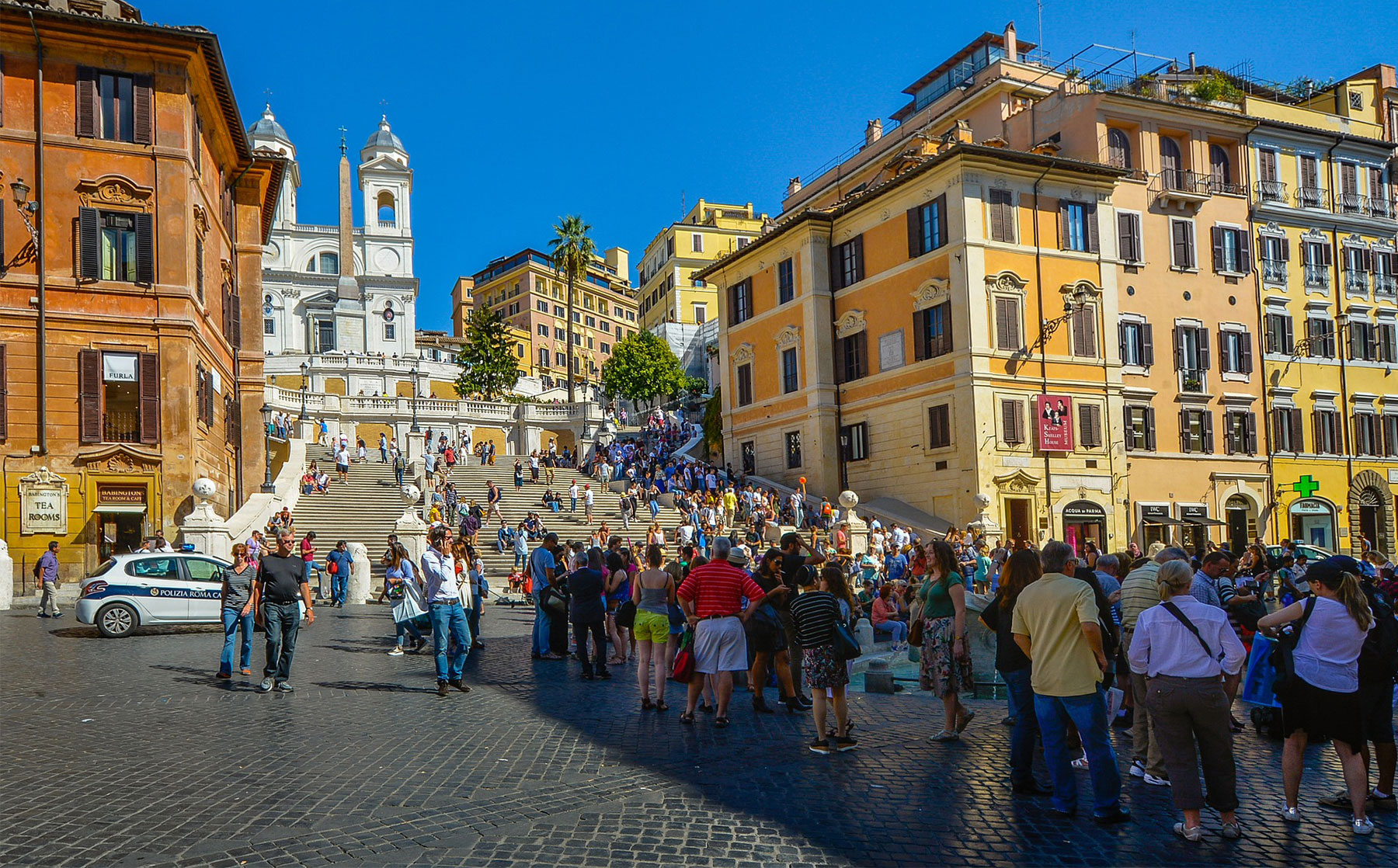 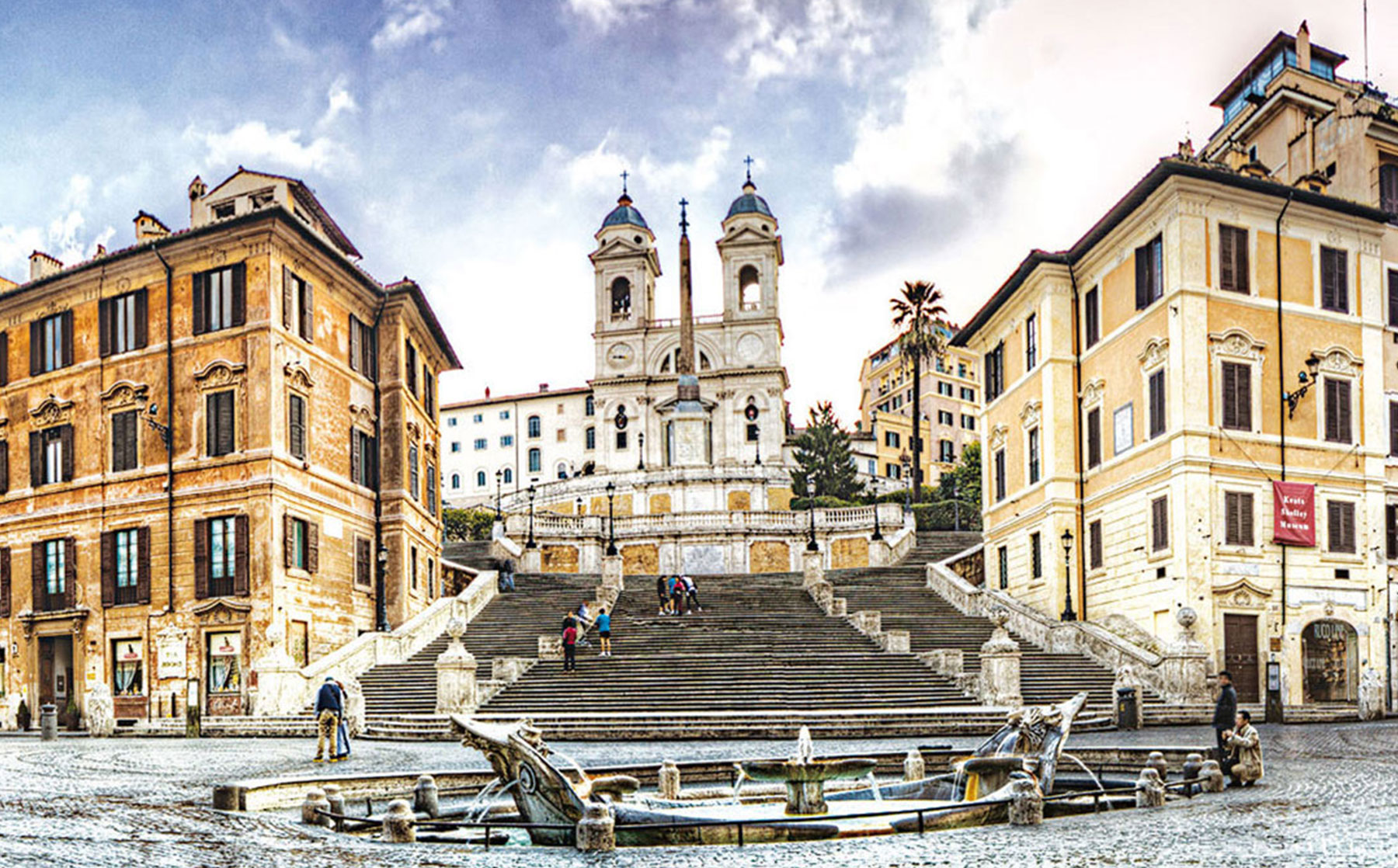 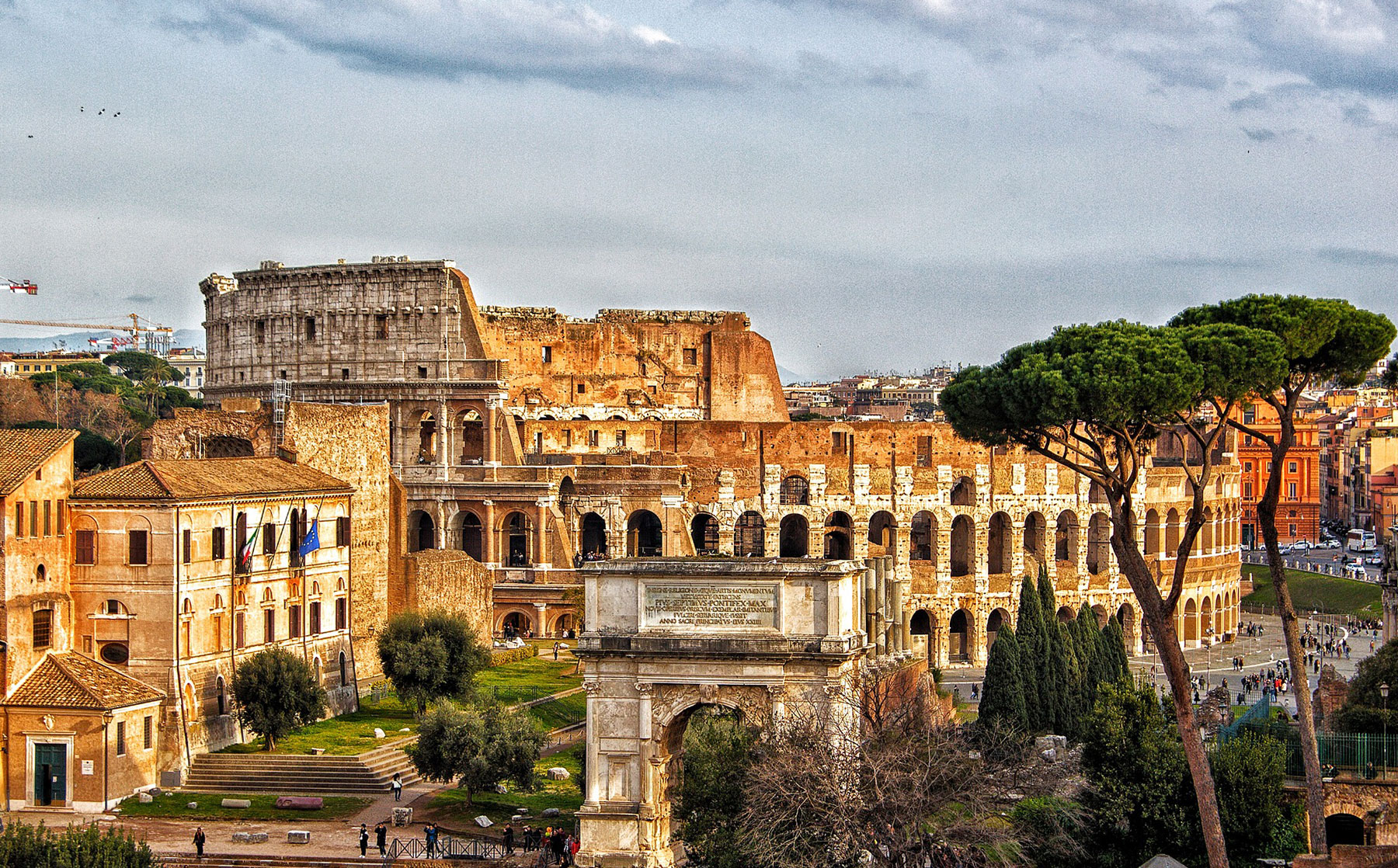 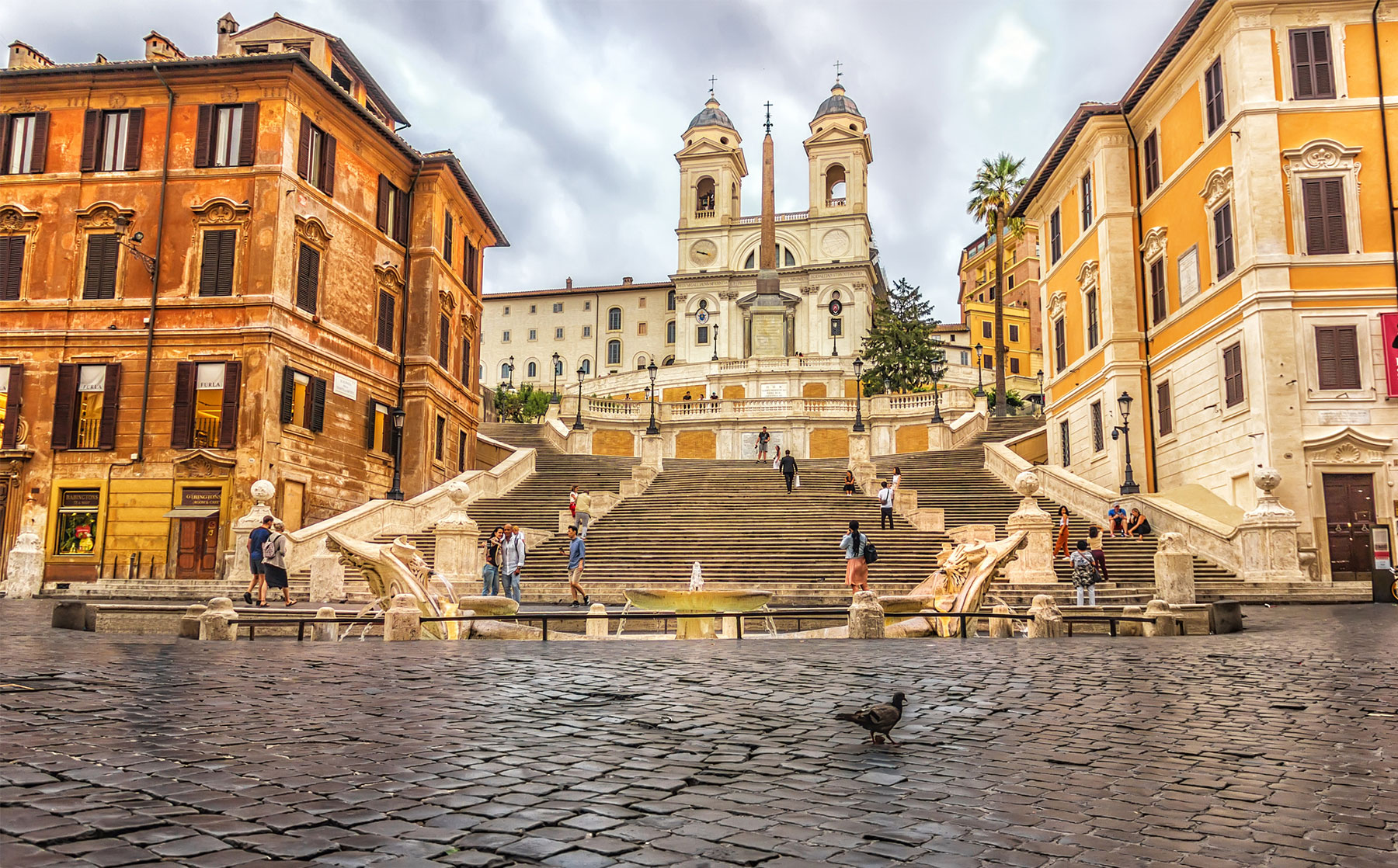 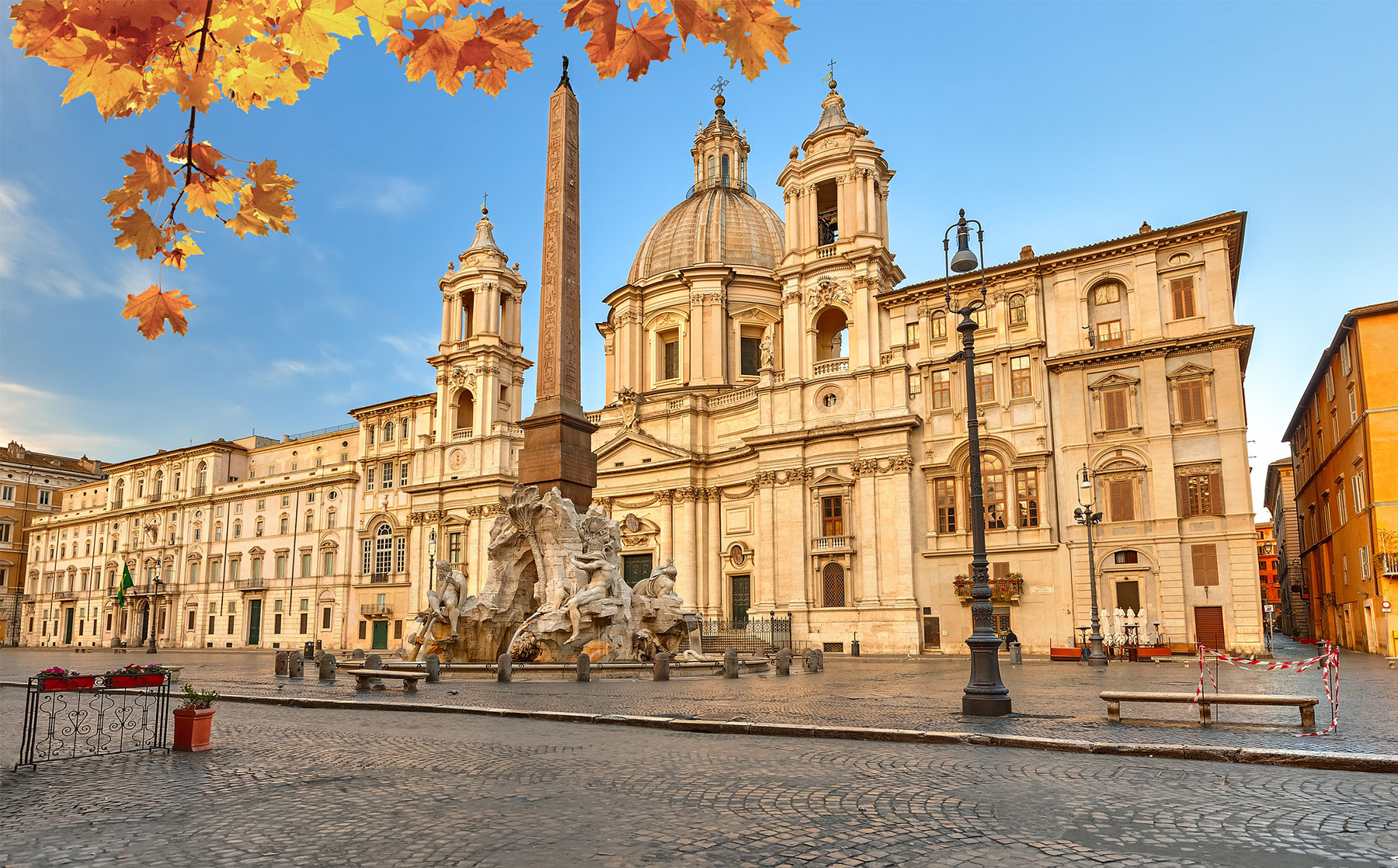 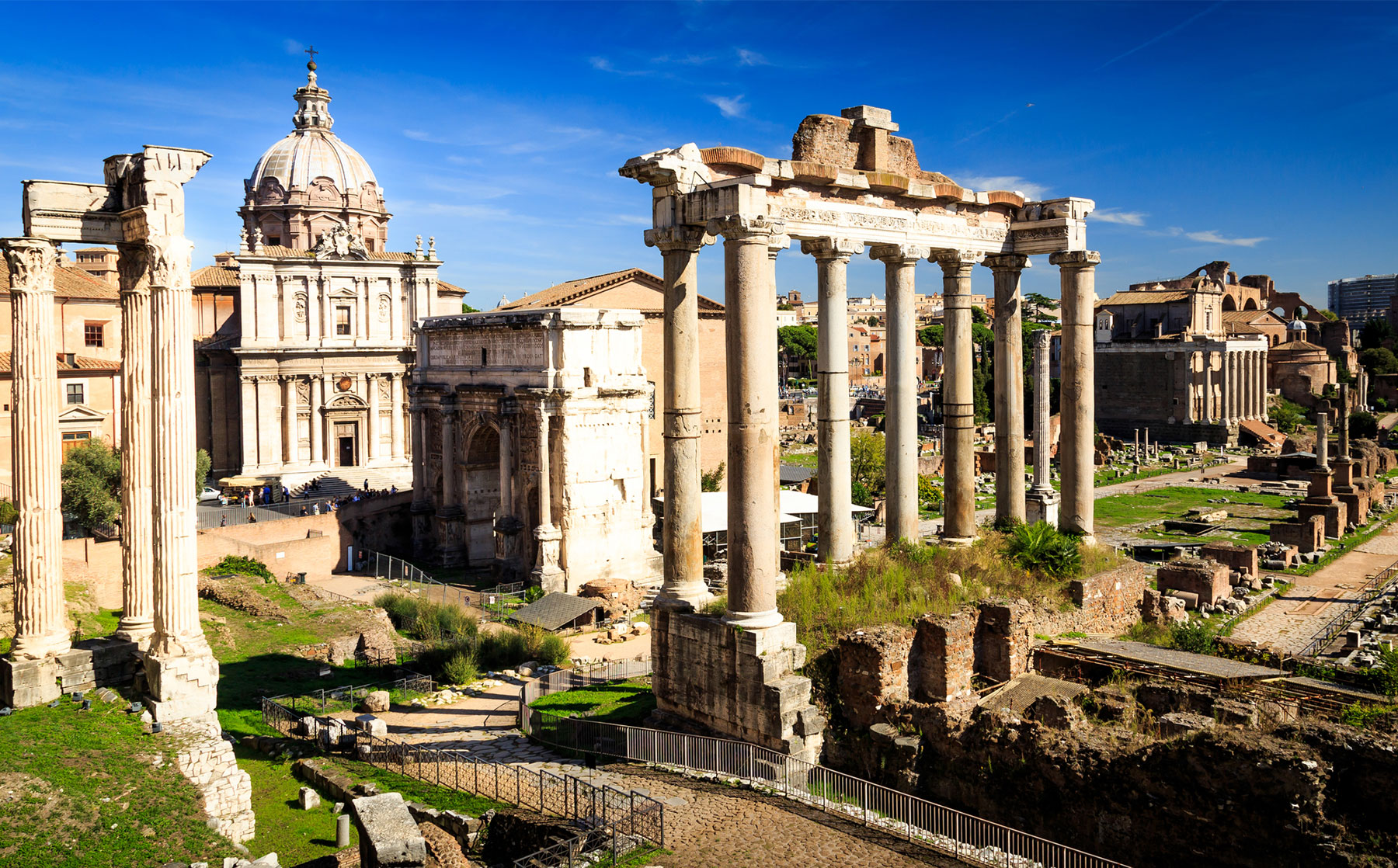 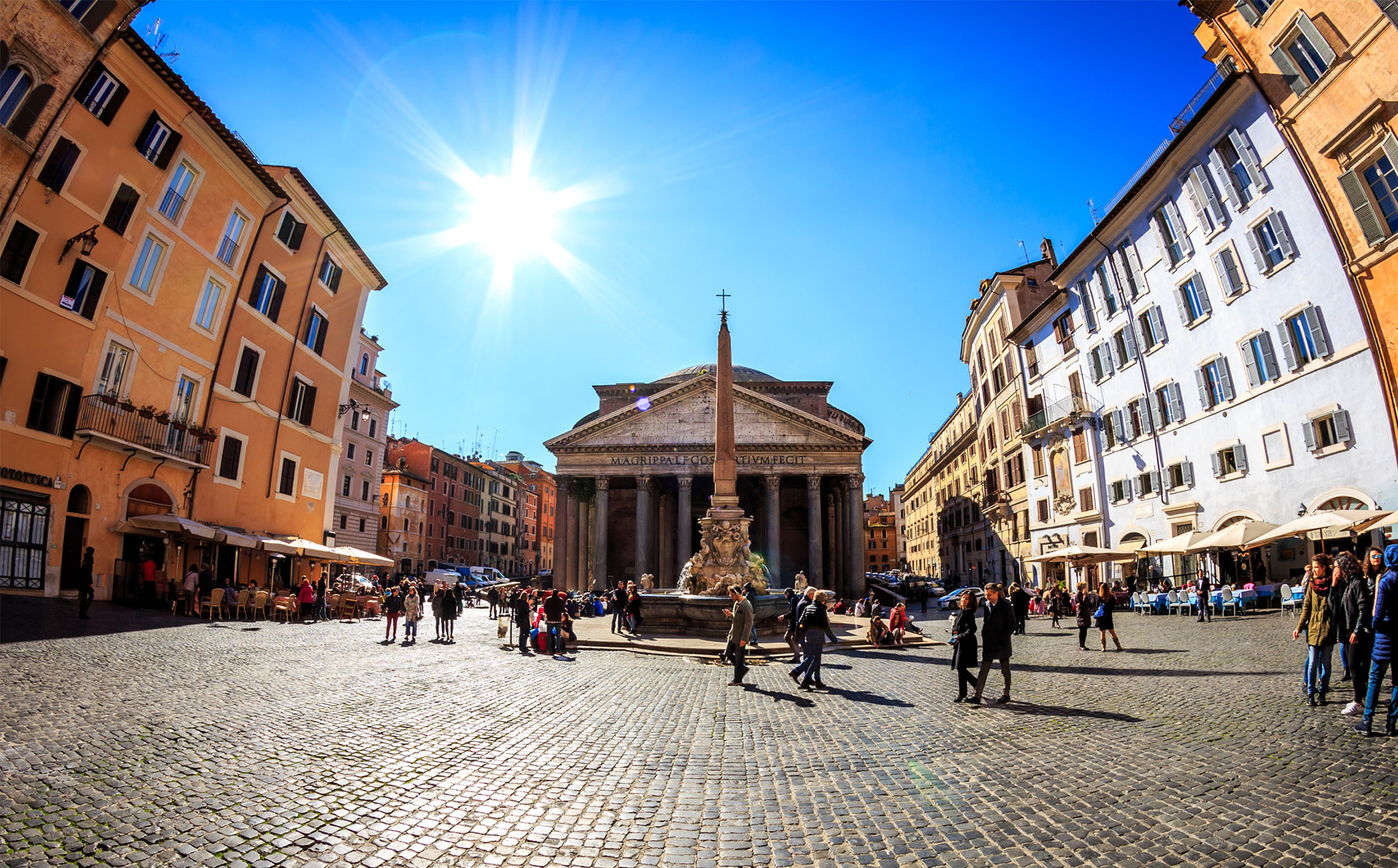 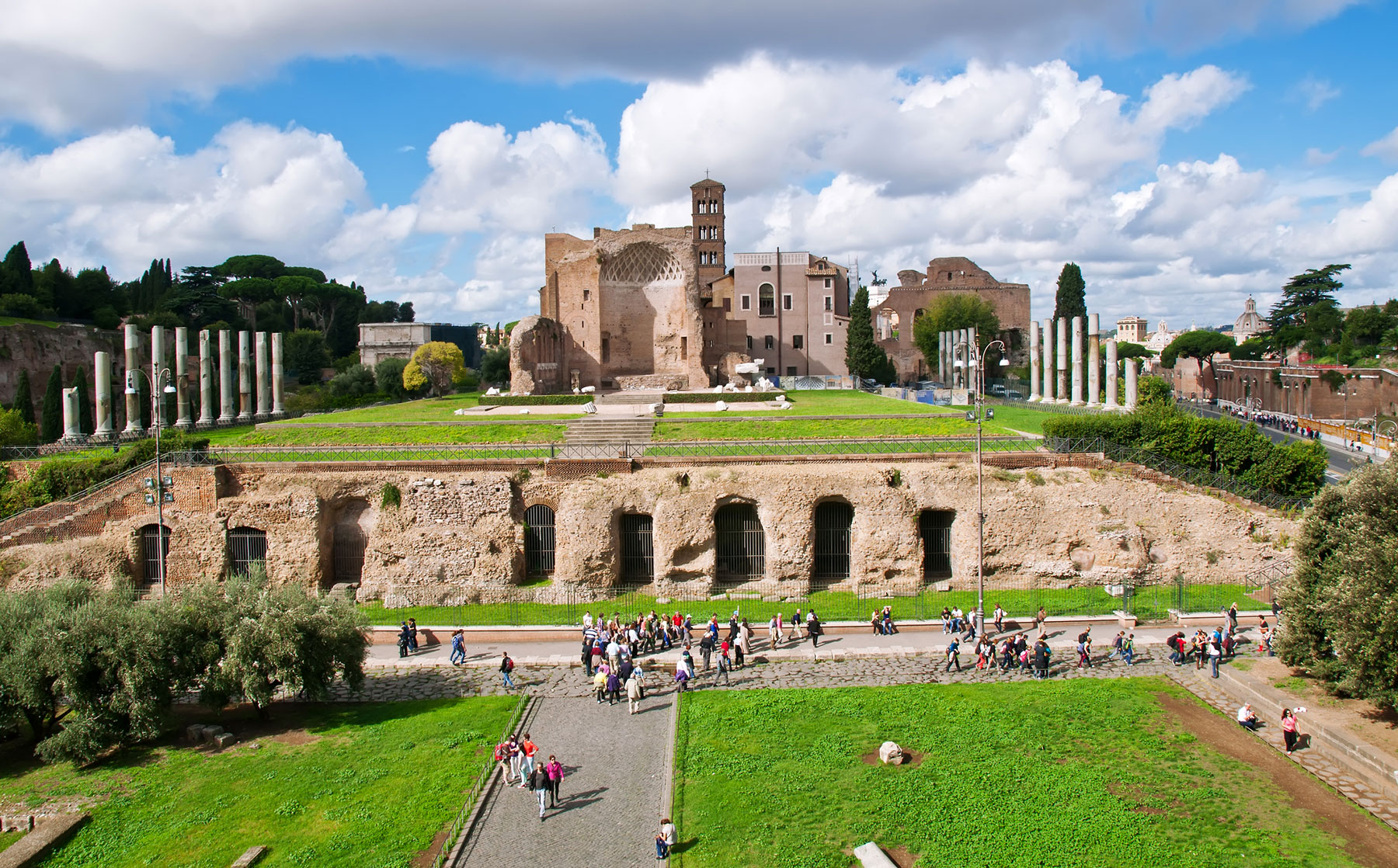 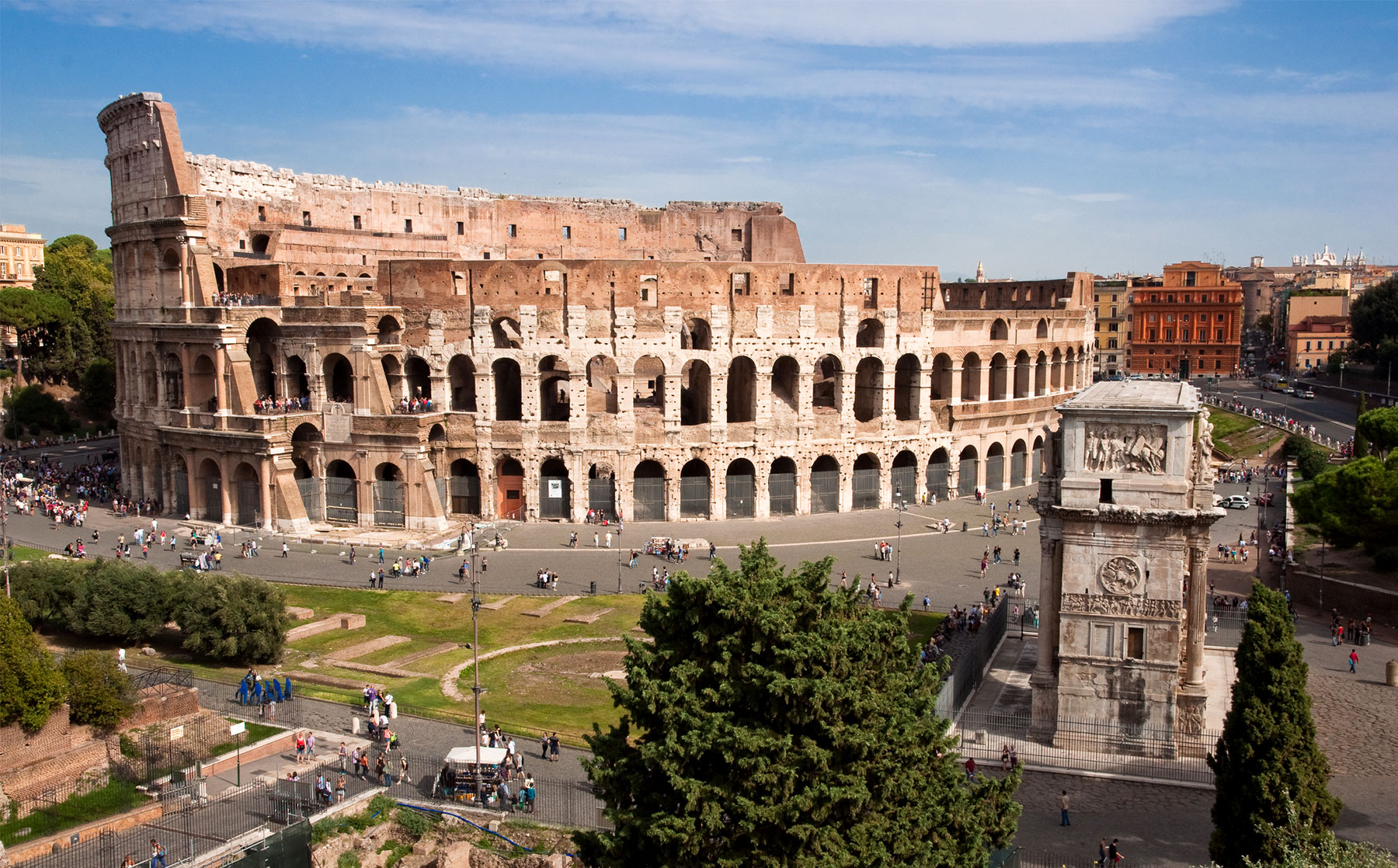 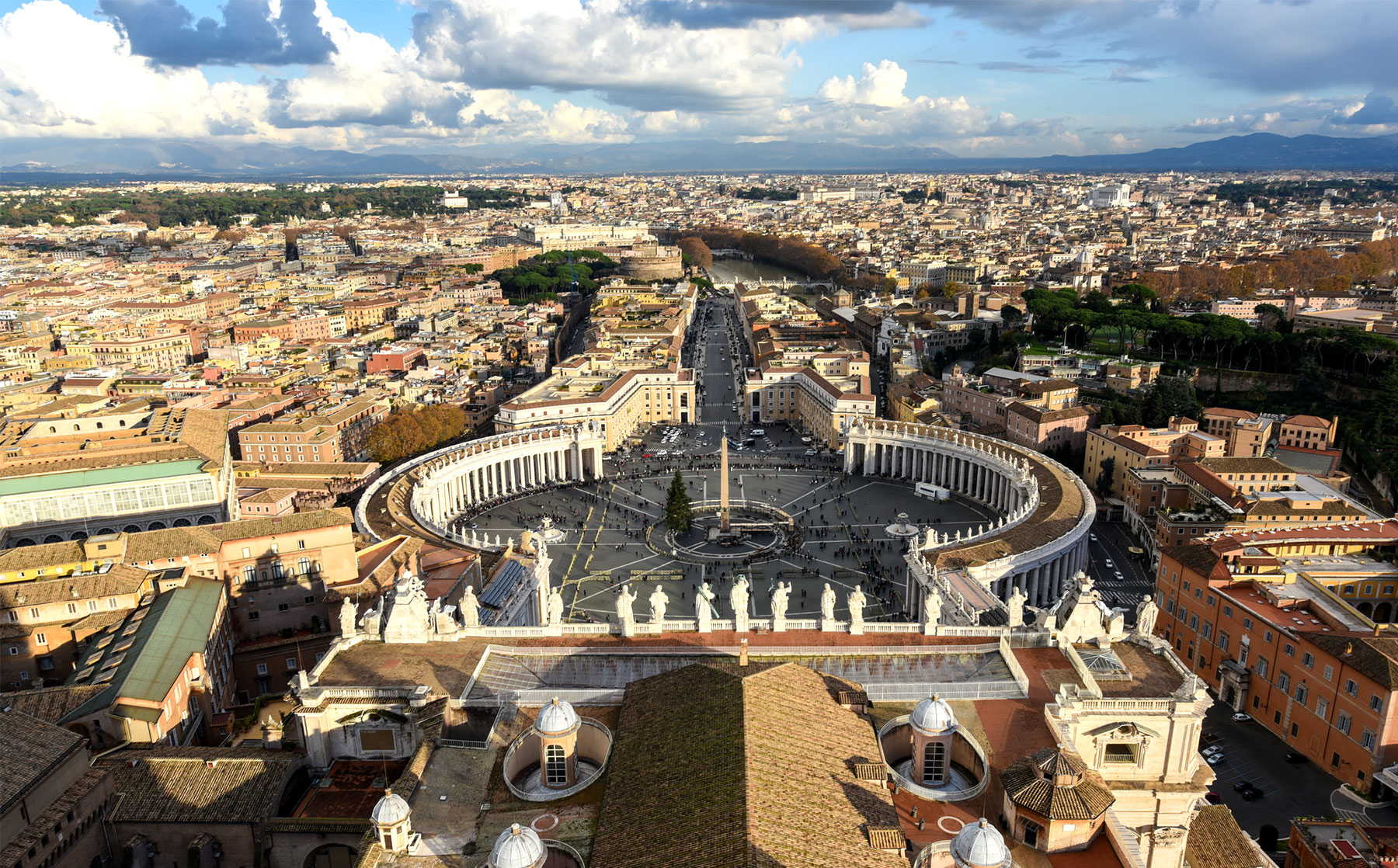 1-The Colosseum: A timeless classic, an inevitable stop on every visit to Rome that can be defined as such. It is said that when the Colosseum falls, the eternal city will also fall, taking the whole world with it. Its original name is Flavian Amphitheater and it was the scene of fierce battles between gladiators and beasts, but also a scenario for simulations of naval battles. The Colosseum is still today one of the symbols of Rome, recognized throughout the world.

2-The Pantheon: Another symbol of Rome, it presents itself to the public adorned with a majestic dome and the famous colonnade.

Legend has it that right here, when Romulus died, an eagle grabbed him and carried him up to the sky. As its name indicates (Pan = Tutti and Theon = divinity) the building is a monument dedicated to all the deities, built by the emperor Hadrian between 118 and 125 AD From a pagan temple it was converted into a Christian basilica in 609, dedicated to Santa Maria. In 1870 it became a resting place for the sovereigns of Italy, including Vittorio Emanuele II, Umberto I and Margherita di Savoia.

3-Altare della Patria: Also known as the Vittoriano, it is a monument built to celebrate King Vittorio Emanuele II, who carried out the unification of Italy. During the years of fascism it was very often the scene of the regime’s demonstrations, today it has become a symbol not only of national identity, but also of artistic and cultural identity.

4-Piazza Navona: A place where you can relax sitting at a bar table, surrounded by baroque sculptures and architecture. Piazza Navona is one of the most popular squares for tourists and Roman citizens and is located where the ancient stadium of Domitian once stood.

5-The Vatican Museums: In this place very important and precious works of antiquity are kept, and they are universally known as one of the richest and most splendid museum complexes in the world and also include a Pinacoteca, with works by Raphael, Caravaggio and Leonardo da Vinci .

One cannot fail to mention the famous St. Peter’s Cathedral with the Sistine Chapel, the result of Michelangelo’s genius.

6-Piazza di Spagna: Another unmissable stop in the capital, Piazza di Spagna and the Trinità dei Monti stairway represent a unique background in the world for fashion shows and famous movie scenes. Among the celebrities who have crossed their lives with this place, we remember, for example, Giuseppe Balsamo known as Cagliostro.

7-At the center of the square stands a statue depicting the philosopher Giordano Bruno, who was burned alive by the Inquisition because of his theories and statements deemed heretical. How come this square has this name? There are two stories about the birth of the name: the first claims that derives from Flora, one of the lovers of the Emperor Pompey, the second one claims that it is because of the plants and flowers that covered the square in the fifteenth century. Obviously, today there are no more executions and sentences, but the square is the theater of hectic Roman life.

9-Baths of Caracalla: It is known that the Romans loved the baths and that they exploited every place where there was a hot spring. Public baths were the only “luxury” available to everyone, not just the rich. The Baths of Caracalla were just such a place, mostly frequented by the people who could enjoy these elegant buildings that have been preserved almost intact up to the present day.