A combination of geographic and historical factors has made Trieste a city unique in its kind and a fascinating place to visit. It has maintained its cultural diversity because of its heterogeneous history and the different ethnic groups that live here side by side. Trieste flourished as part of Austria, from 1382 until 1918, when it was considered one of the most prosperous Mediterranean seaports as well as a capital of literature and music. However, the collapse of the Austro-Hungarian Empire and Trieste’s annexation to Italy after World War I, led to a decline in its economic and cultural importance. Hence, the city lost its strategic and commercial influence.
Trieste was granted the status of a colony under Julius Caesar, who recorded its name as Tergeste. Trieste grew into an important port and trade hub in the 17th and 18th century when Emperor Charles VI declared the city a duty and tax-free port. The reign of his successor, Maria Theresa of Austria, marked the beginning of a particularly flourishing era.The construction of a deeper port made Trieste the only sea port of the Austro-Hungarian Empire and led to the influx of entrepreneurs and merchants from all over the Mediterranean. Maria Teresa’s policy of religious tolerance allowed the different religious communities to practice openly and build their own places of worship.
Symbol of the city is the majestic white castle, the beloved home of Archduke Ferdinand Maximilian of Habsburg that overlooks the sea and is surrounded by a huge park full of rare and exotic tree species collected by the Archduke himself in his scientific expeditions around the world aboard the frigate Novara.
The Castle was built for Maximilian, who fell in love with the view of the small bay and decided to build his home here, where he lived with his wife Charlotte of Belgium.
Trieste today is a tourist destination for the cruise ships but also for so many people coming by the neighbouring countries. In the last year it become so important as cruise ships terminal because Venice decided to limit the access and the cruises traffic. 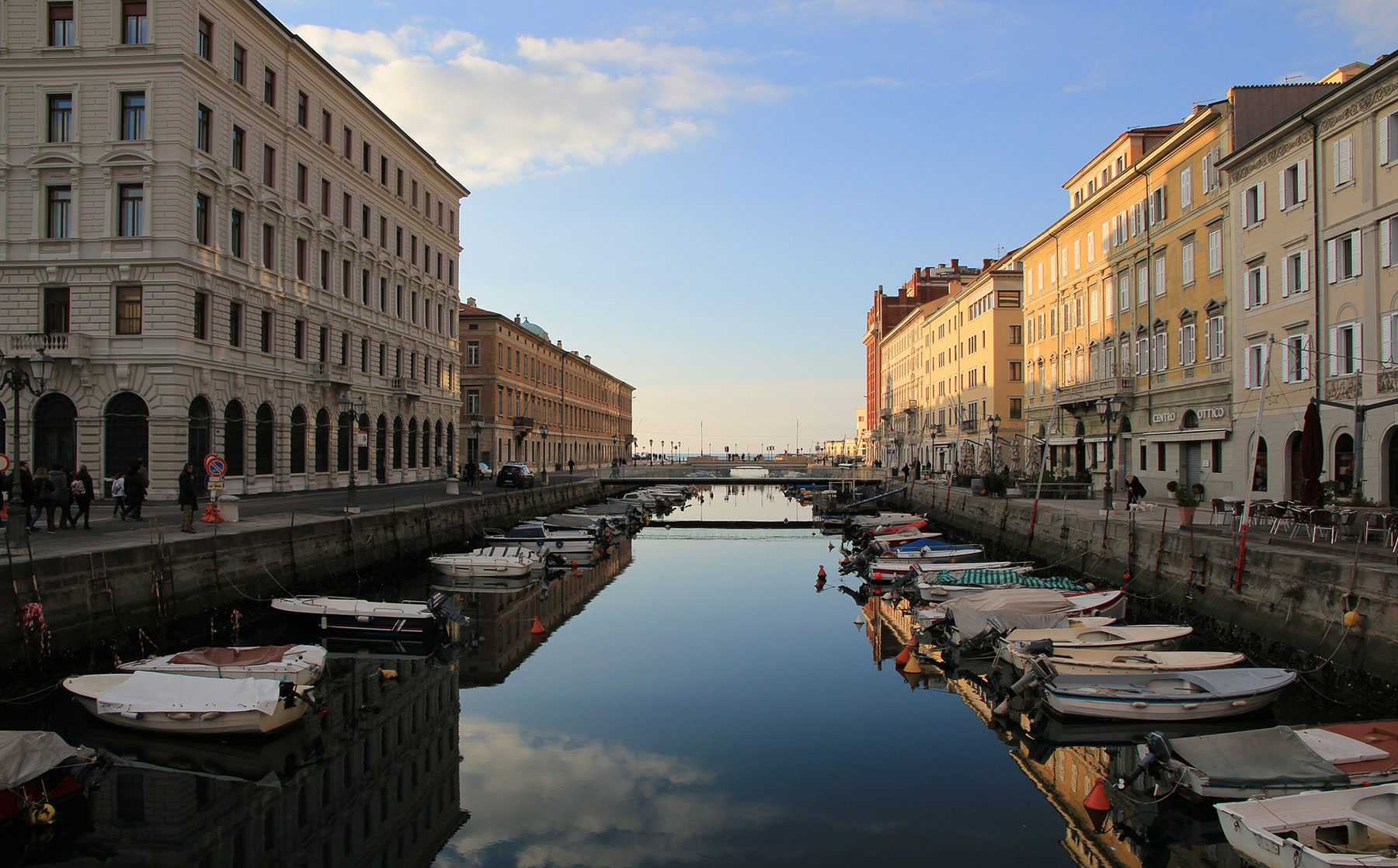 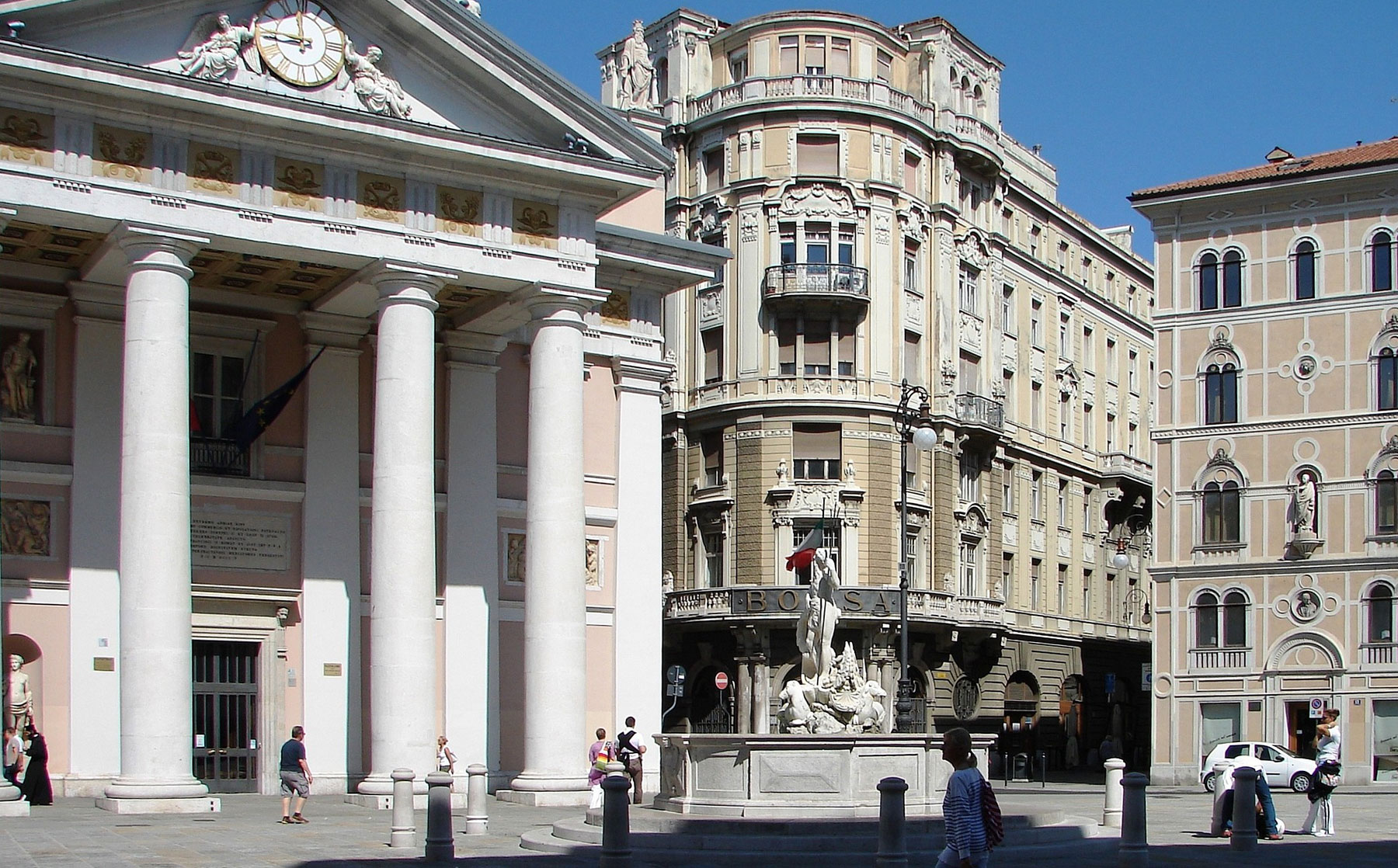 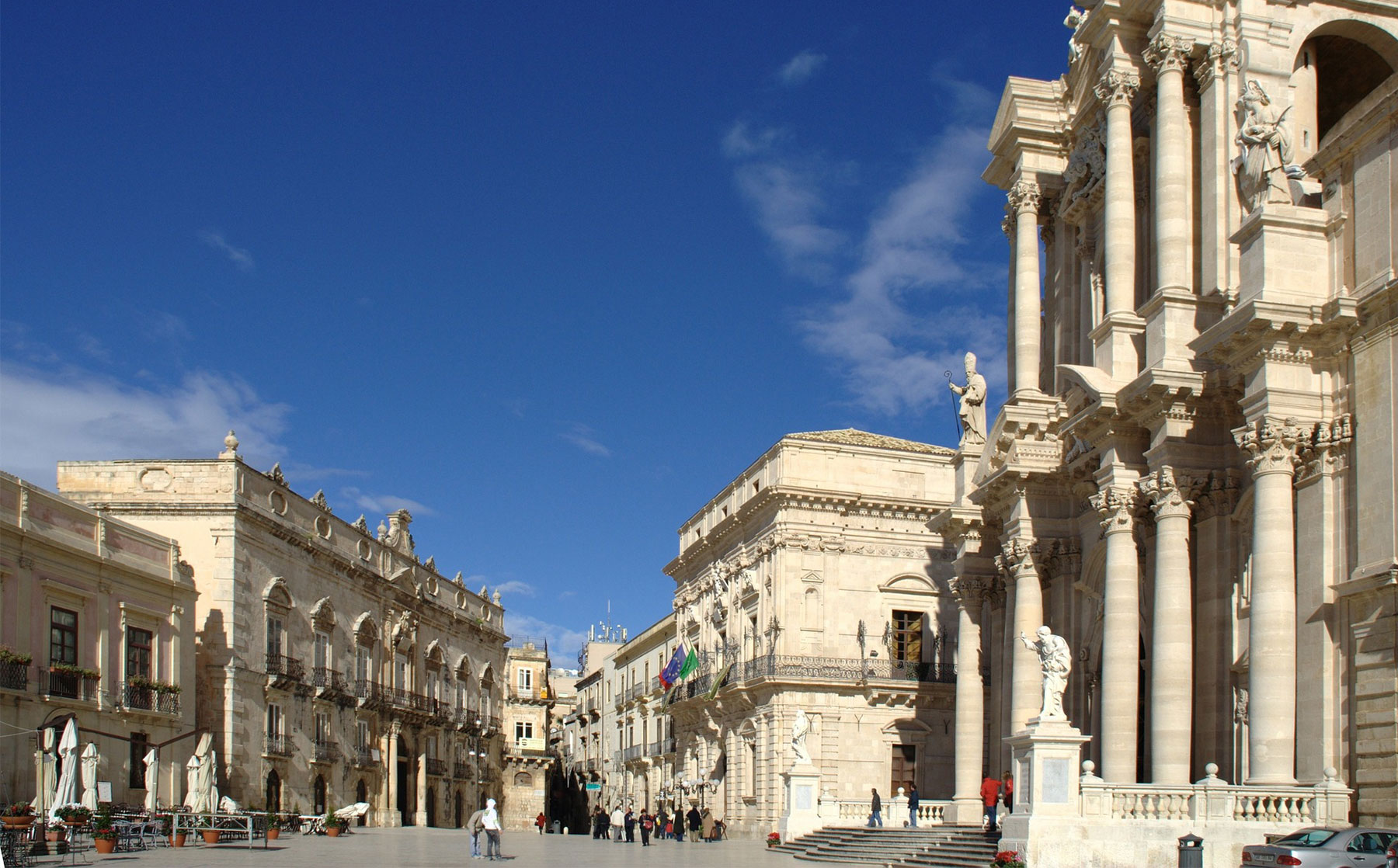 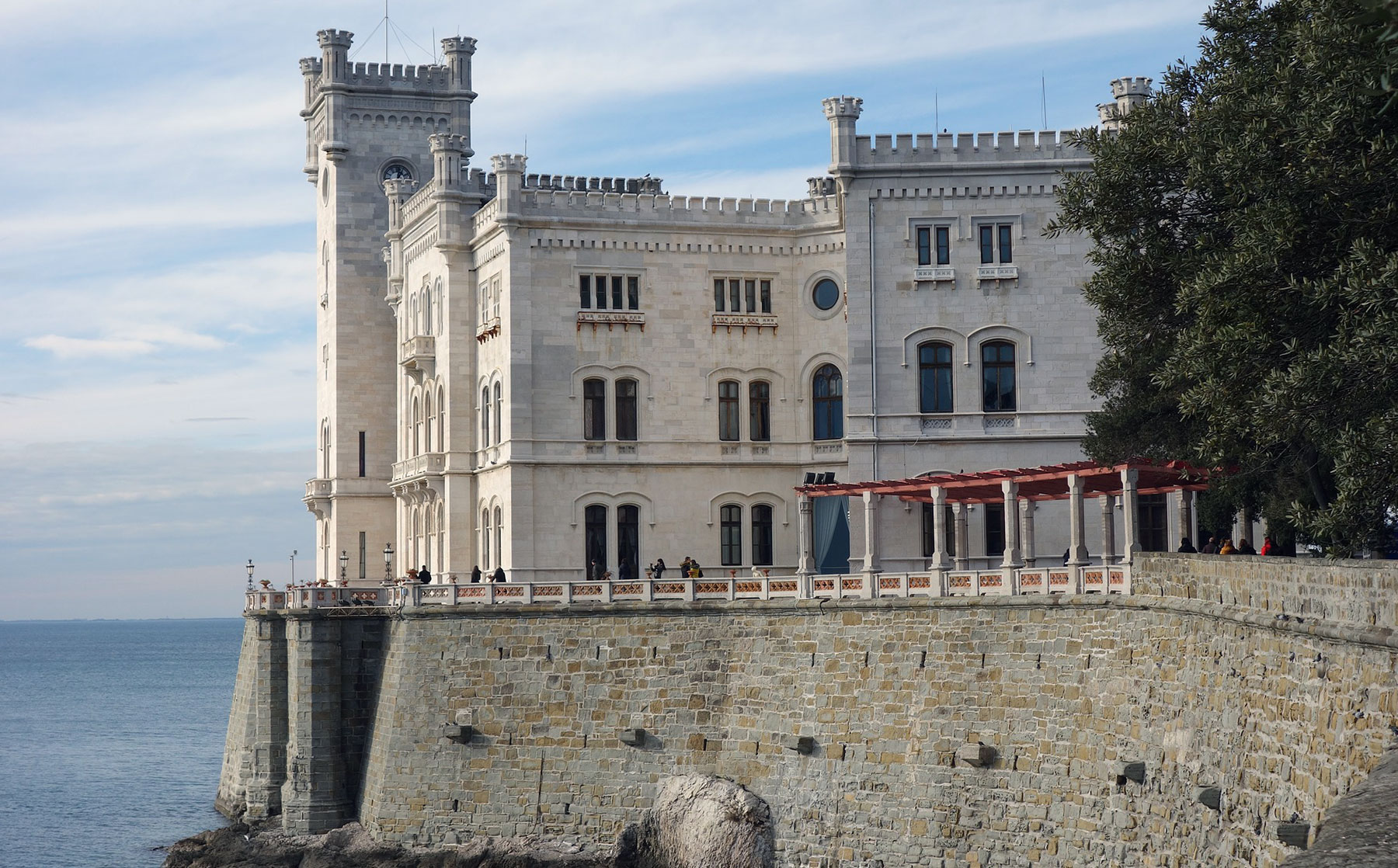 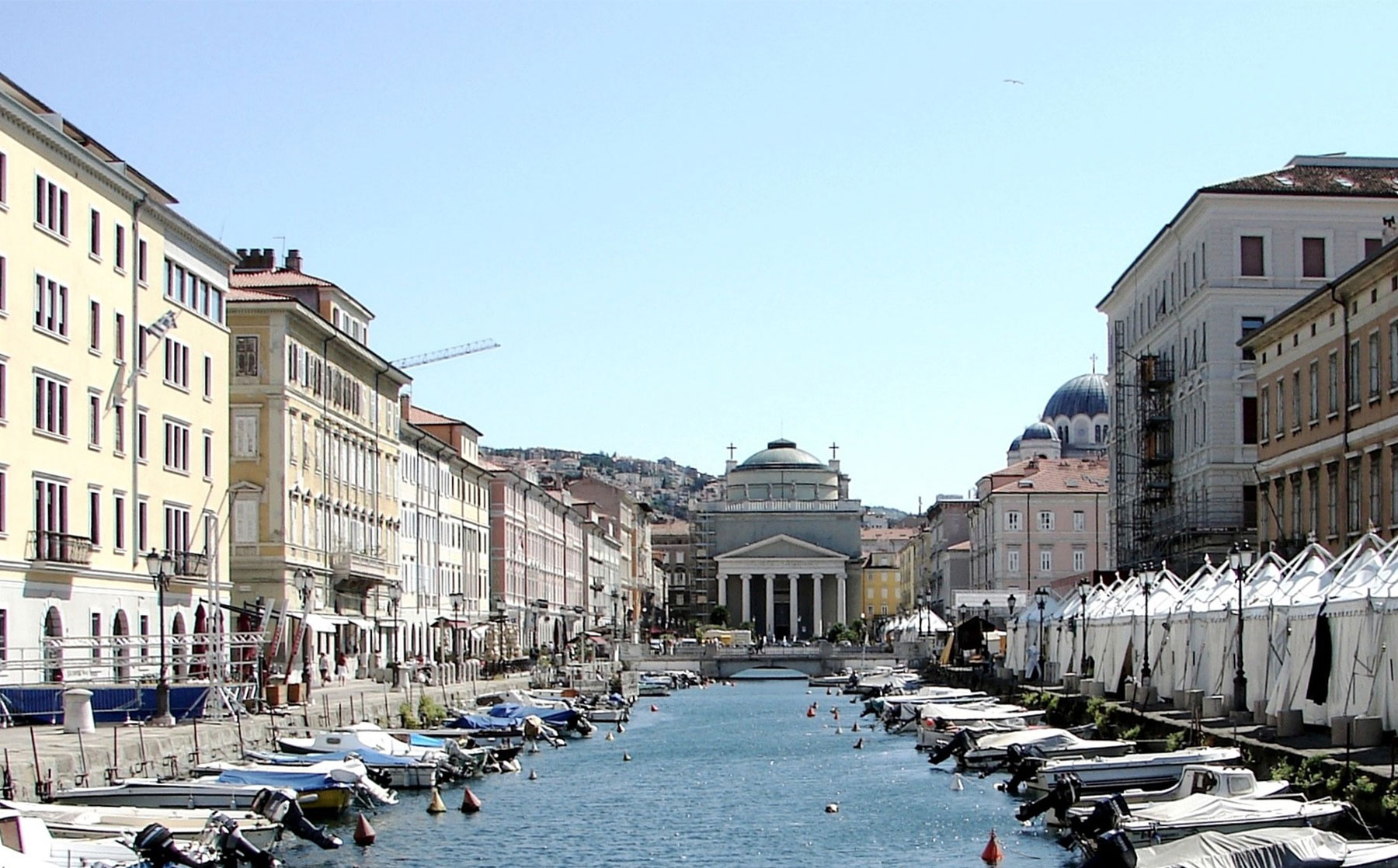 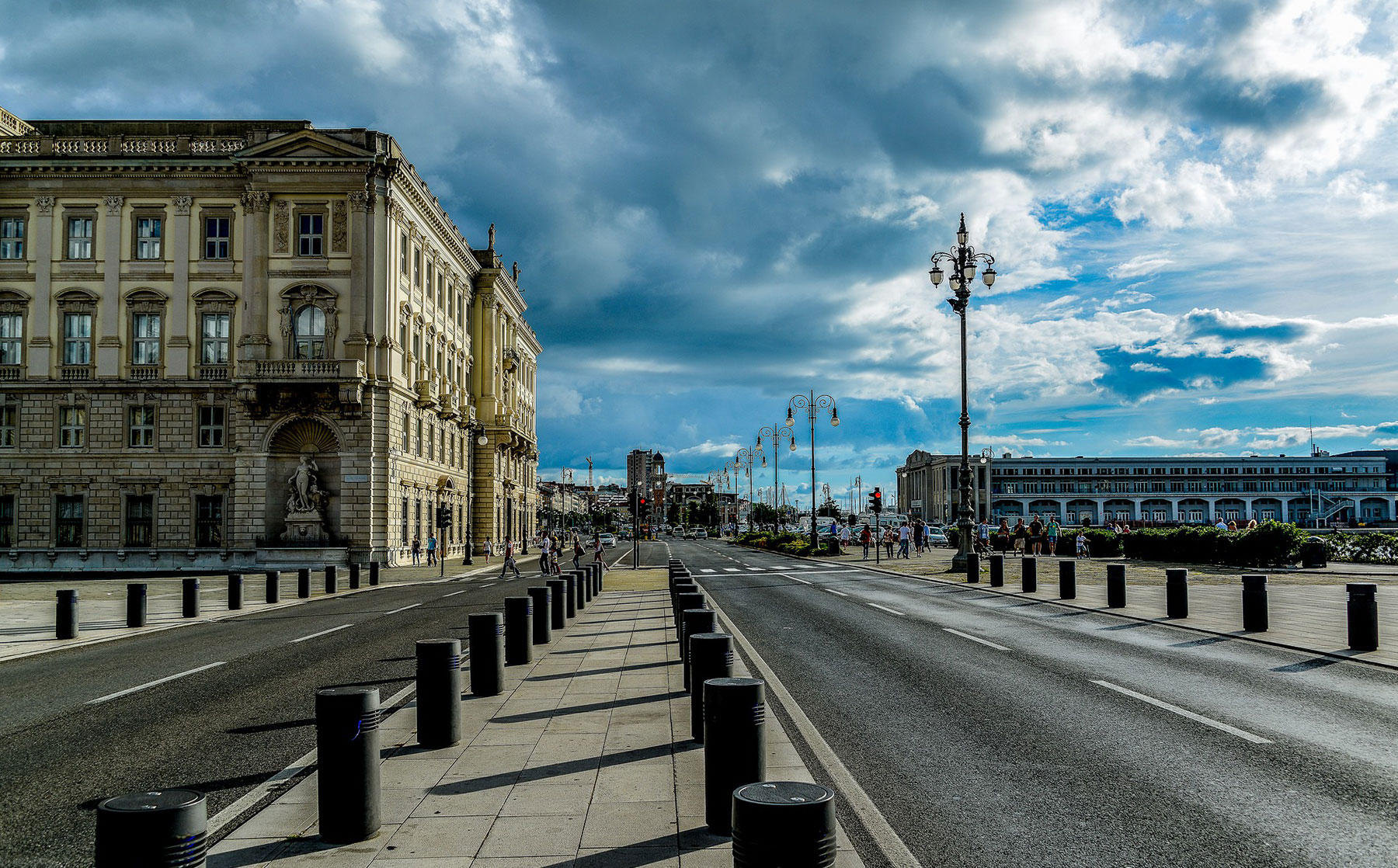 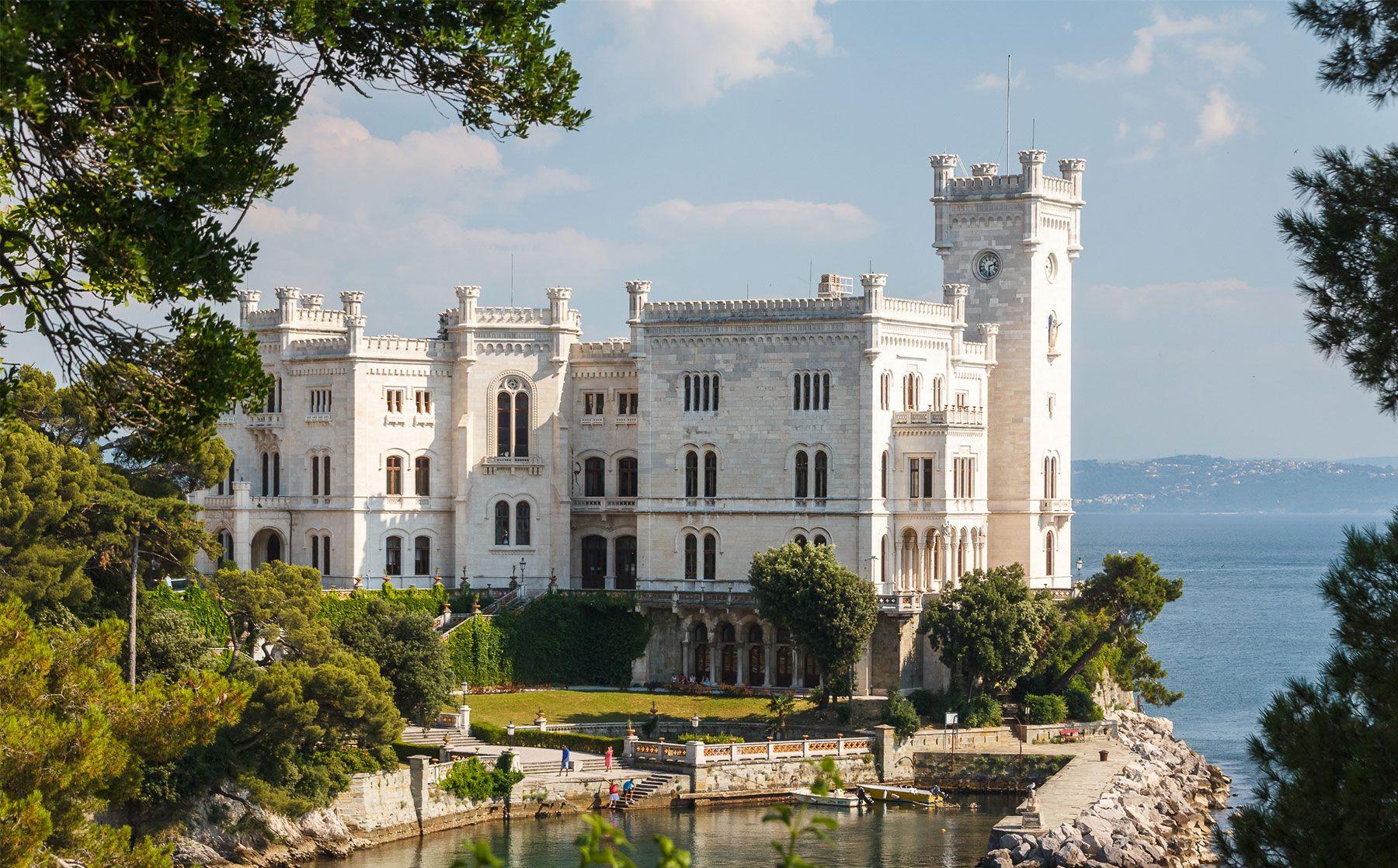 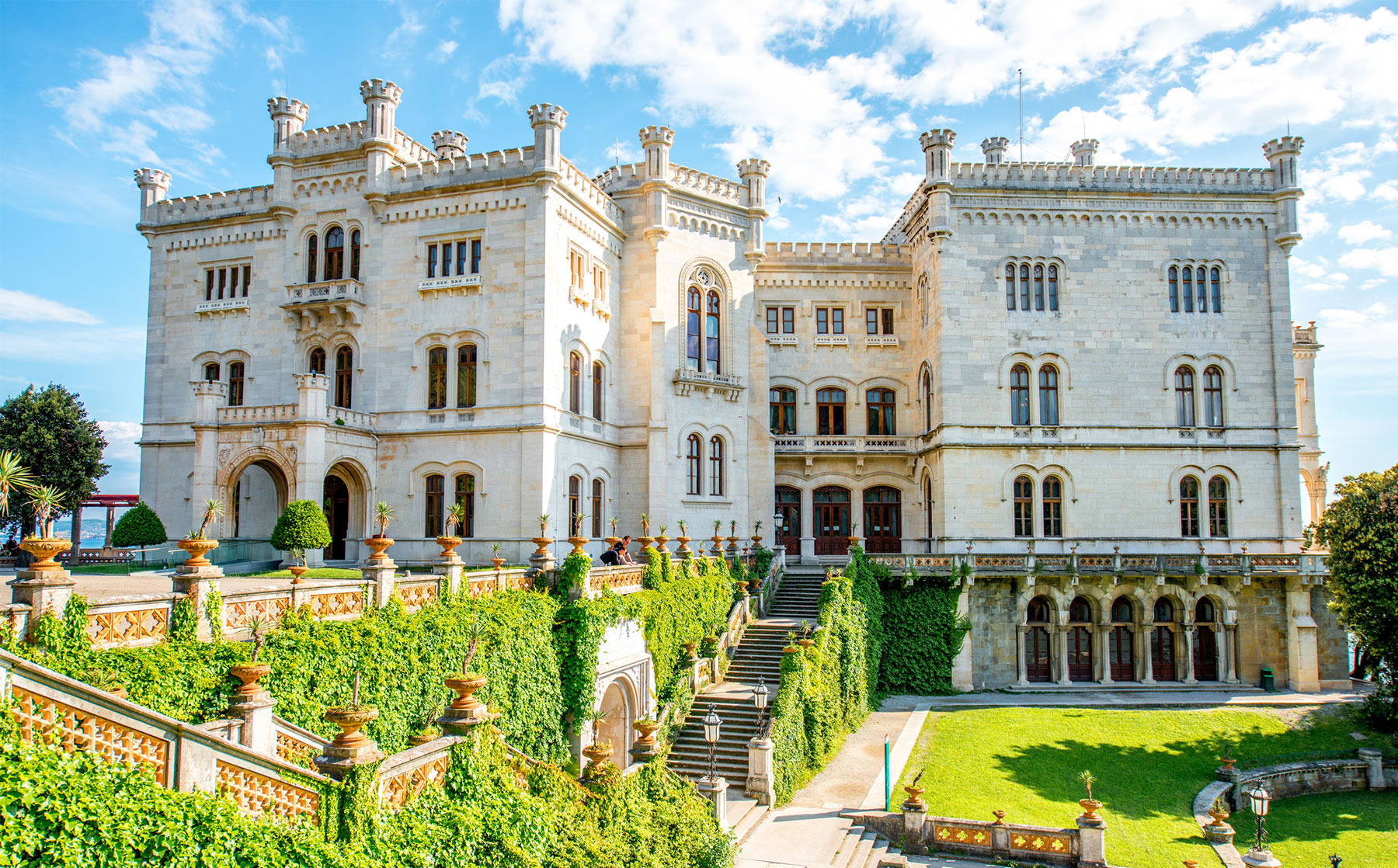 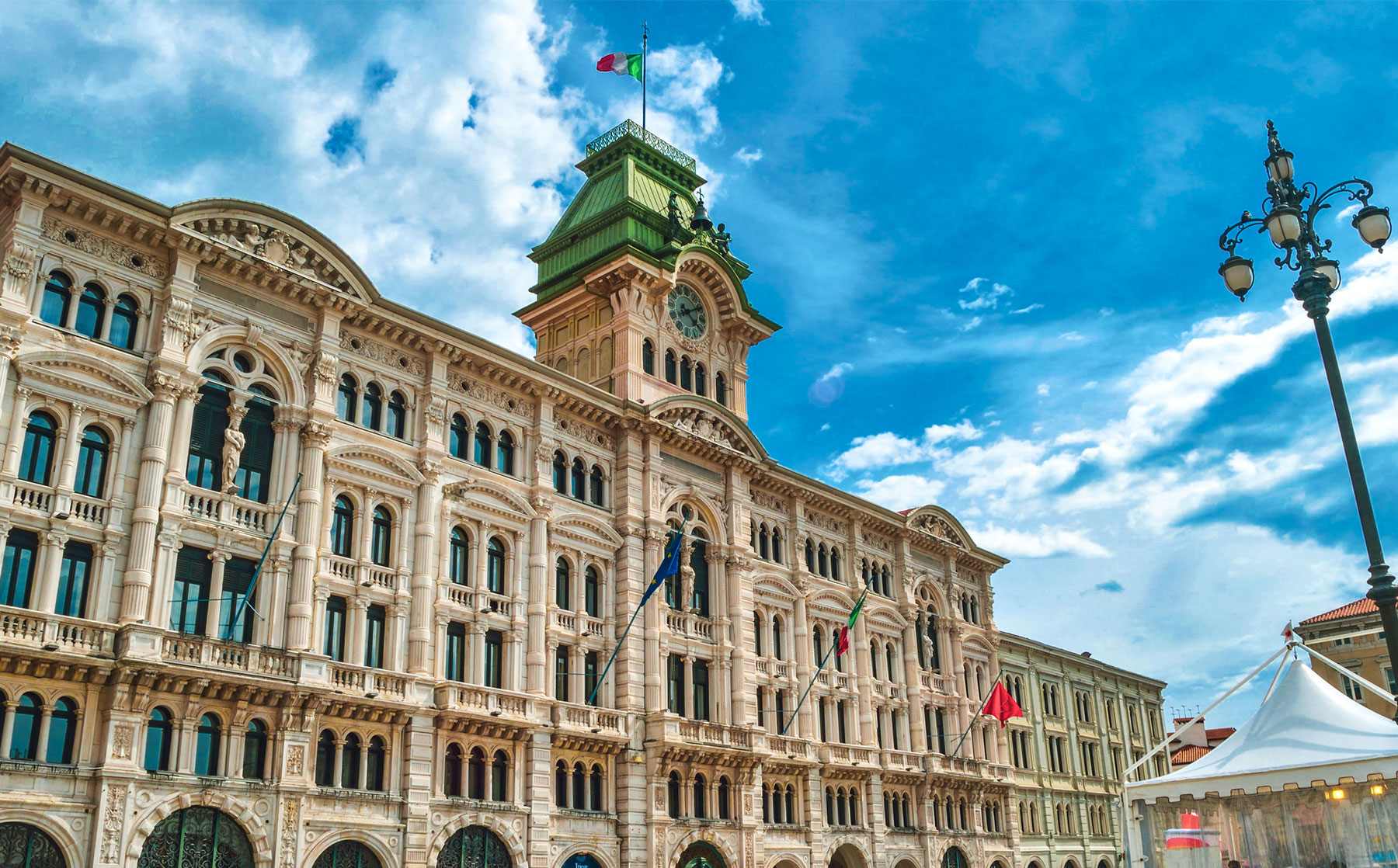 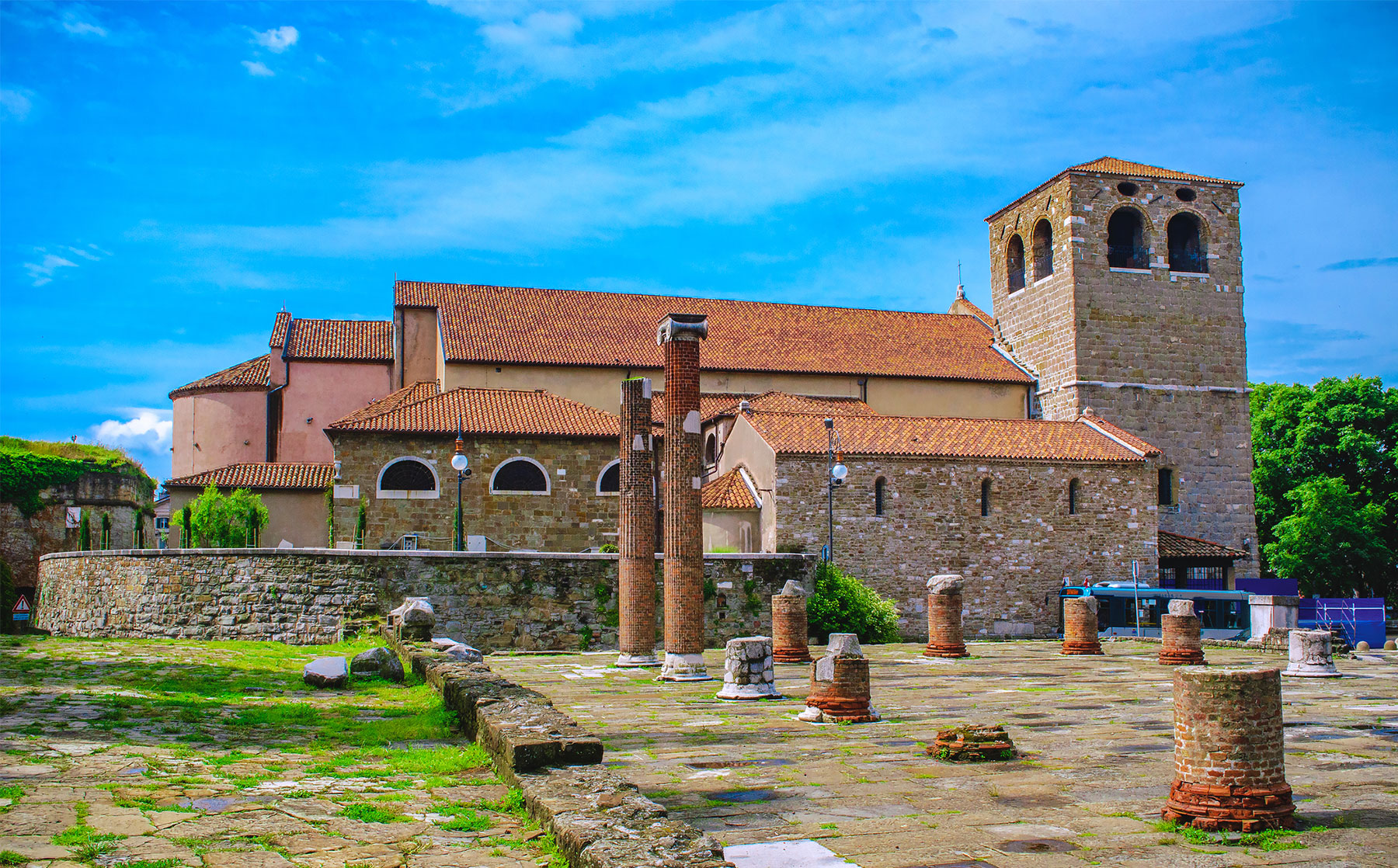 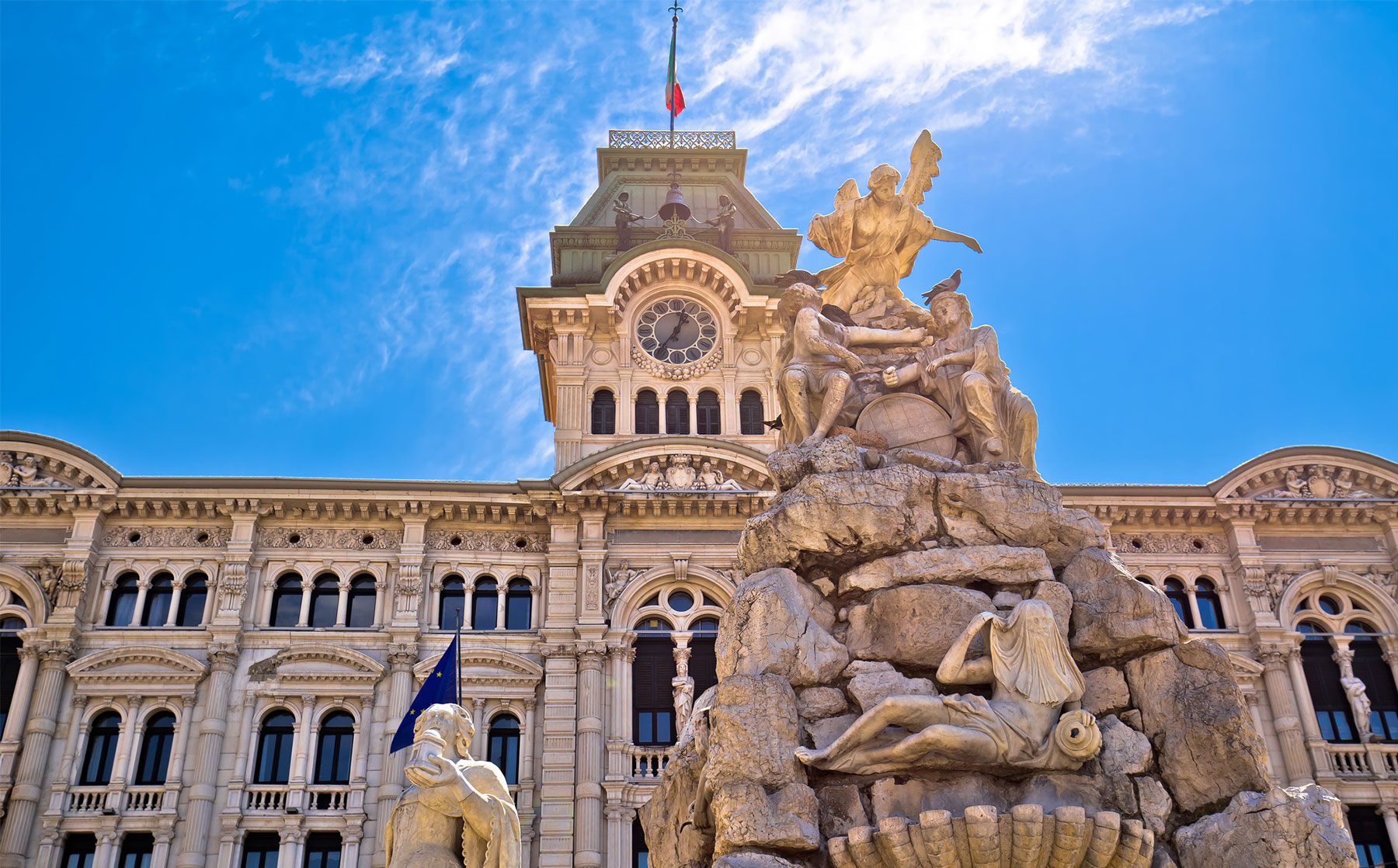 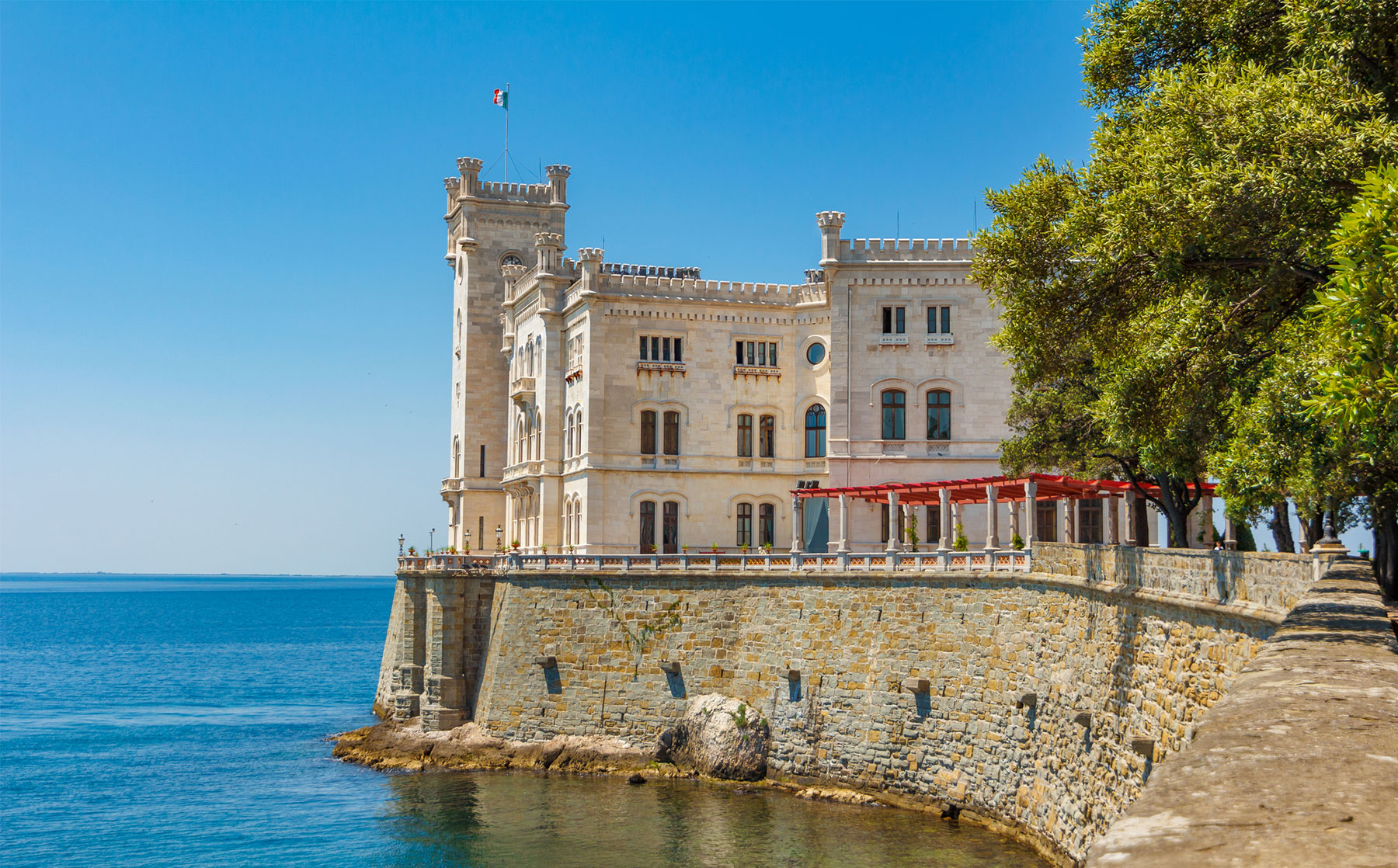